“Hardworking” MLAs having a lie on this morning 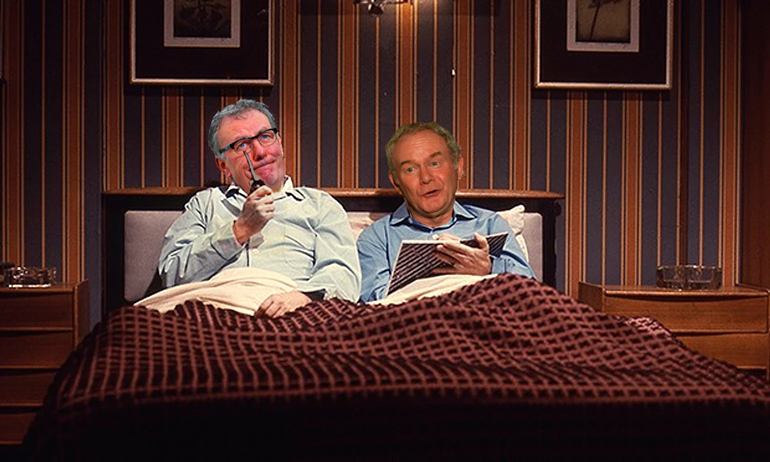 Northern Ireland’s hard pressed MLAs have treated themselves to an extra long Christmas break, so are lying on their holes as folk travel to work this morning.

The public will be relieved to know that their MLAs generously voted to give themselves a five week holiday over Christmas, as they attempt to recharge their batteries after a hectic few months of ‘work’ following their two month summer holidays. Our reporters have contacted a few of these selfless public servants to see how they’ll spend the time.

“Christmas is a time for families,” we were told by one UUP representative, “and since I employ my wife, son and brother it’ll be great to spend time with them away from the office.”

Alliance Justice spokeswomanperson Middela Road said she viewed the extended break as an opportunity to work with her constituents on the ground. “So long as that ground is in the Algarve,” she laughed, via Skype.

“I was worried we might be called in to vote for a new leader,” said DUP MLA Wilbur Carson, “but we persuaded Sammy Wilson not to run so we wouldn’t have to bother our arses. Peter would have told us who to vote for anyway, to be fair.”

“We need the time off,” said his SDLP counterpart, Saorsie Halliday. “Without these four weeks, and the six at Easter, and the nine during the summer, we’d be too exhausted to complain about sick leave in the Civil Service.”

The break is also expected to be welcomed by Sinn Fein later today. We phoned to see what they were up to but a recorded voice-mail told to us to ring back later, as they’d been up all night watching DVD boxsets of Downton Abbey and necking mulled wine.

Meanwhile, everyone else is f**ked off with the traffic.