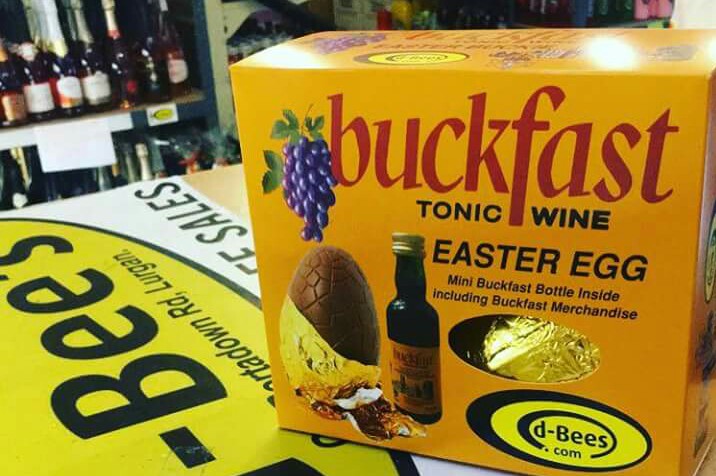 Cultural commentators across the globe have agreed that Western Civilisation can advance no further after an off licence in Lurgan unveiled the Buckfast Easter Egg.

“Writers, artists, inventors and scientists can just give up now,” said that BBC culture expert with the unusually shaped head. “The Buckfast Easter Egg has just crowned 10000 years of human achievement – it will never be surpassed.”

Top scientist Benson Burner was in full agreement. “I was working on a cure for cancer,” he told us. “It’s nearly finished, but it seems pretty pointless now. This yoke should win all the Nobel prizes rolled into one, and probably all the Oscars.”

Even the Archbishop of Canterbury backs the claims. “How fitting it is to celebrate our Lord rising from the dead after three days by linking it to a product which leaves you feeling like death for a similar period of time. I fully intend to give up my position and will spend the rest of my life marvelling at this creation.”

However others disagree, and are determined that mankind will continue to press forward through the 21st Century.

Work has already begun on a rival project which would see the Great Pyramid of Giza recreated in a field outside Larne, using only empty cans of Carlsberg Special Brew and a huge quantity of sellotape.