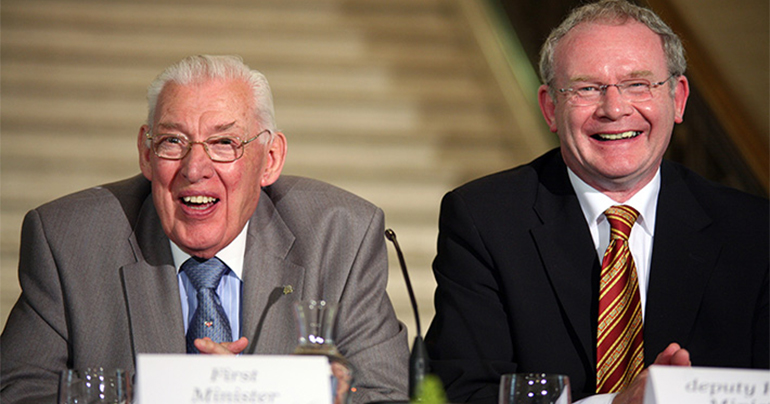 As the news of the passing of Martin McGuinness broke on mainstream media, Northern Ireland’s assortment of keyboard commentators took to their smart phones to add their usual considered opinions.

Facebook user ‘Ballybeen Bear’, who served 8 years for arms offences in the 1980s, was quick to highlight the former Deputy First Minister’s IRA past. “40 years too late,” he commented on the Belfast Telegraph’s article.

Elsewhere, others described Mr McGuinness as a saint, comparing him to Nelson Mandela, Jesus and Gandhi rolled into one. “People criticising his past need to be more respectful,” replied @Pearse1916, who had previously tweeted “Ding Dong the Witch is dead” when Margaret Thatcher died.

Others adopted a more biblical tone. “Vengeance is mine, I will repay, says the Lord, Romans 12:19,” tweeted @luther1517 who conveniently appears to have forgotten “Judge not, that ye be not judged, Matthew 7:1.”

Elsewhere, half normal people were digesting the news of the passing of someone who, like him or not, was undoubtedly a key figure in the peace process.

“Both the Chuckle Brothers are gone now, at a time when it might be handy to have them around,” commented Facebook user Helena Hancart. “They might do a better job than the Scissor Sisters.”