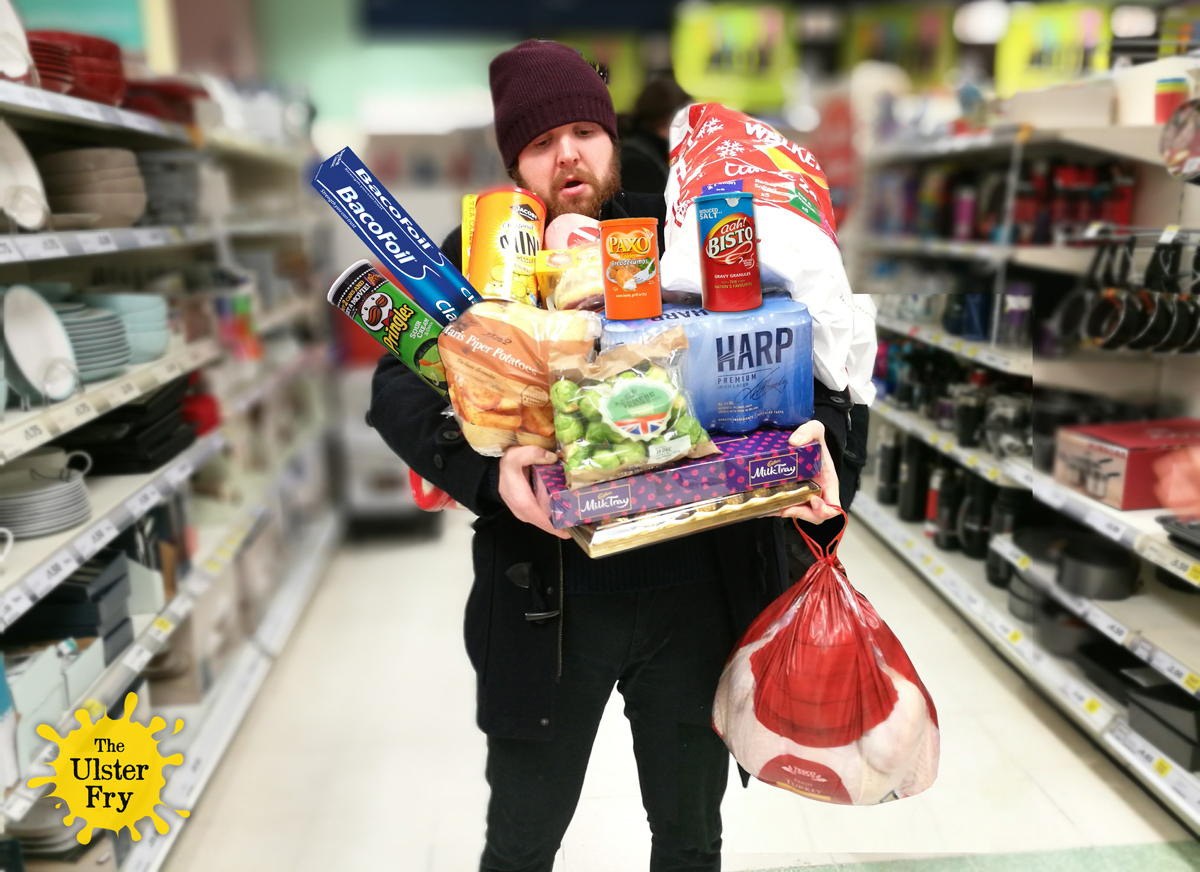 Northern Ireland chalked up another historic first today after local man, Vince Pie, successfully did his entire Christmas shop in Tesco, Newtonbreda without a trolley or basket.

“Thon things are for weemin!” he scowled when we approached him for an exclusive interview. “Ye don’t see Bear Grylls taking a basket into the woods when he’s hungry do ye? Naw! He leaves that to Little Red Riding Hood and her lot.”

“In, out, no messing about!” he declared, from behind an impressively stacked Jenga of groceries.

Supermarket manager, Theia Fortoo witnessed the feat first-hand. “We’re well used to men haplessly piling groceries into their arms around here” she confirmed. “But it’s usually just a few odds-and-ends. Stuff for a fry up, some munchies, maybe a four pack of Harp hooked over one finger and a block of ice cream stacked perilously on top and held in place with their chin… but your man was in a different league!”

“He did an entire Christmas shop for six people. Veg, meat, booze, sweets, the whole heap! He even doubled back to get turkey foil… though he had to stuff it down the leg of his trousers by then!”

Even more impressively though, Mr Pie refused to pay for plastic bags at the checkout.

“Sure there’s no point in spending money buying things you don’t really need!” he scoffed as he bucked the groceries into the boot of a massive 4×4 Audi SUV that he only uses to drive to work.

There were Celebrations across the supermarket as he left, after a tin of sweets tucked under his armpit hit the dirt and went all over the shop, literally.

The Guinness Book of Records have held off publishing Mr Pie’s achievements though, after learning that men were attempting similar feats at supermarkets across the country.