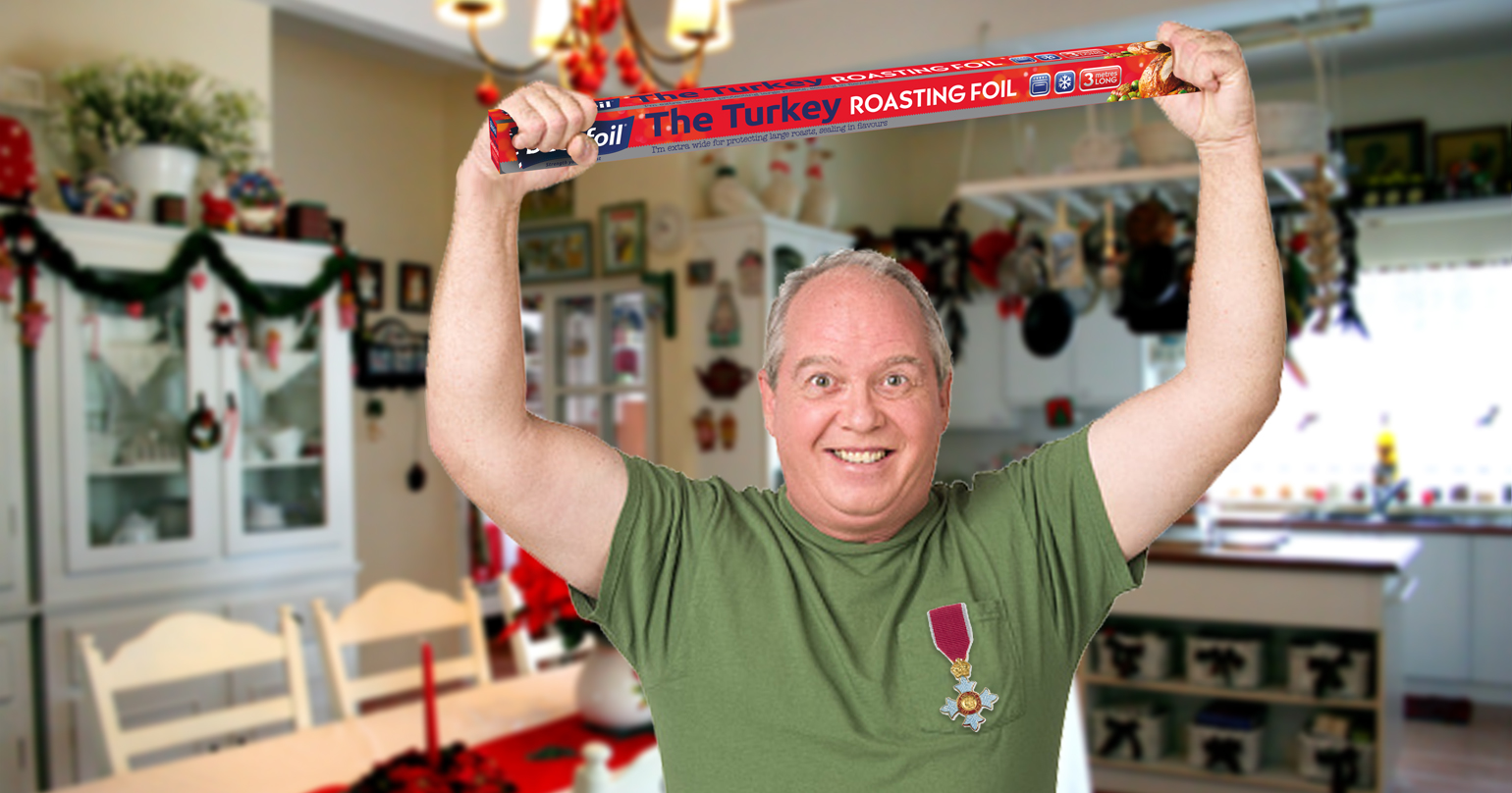 A dad who left home today in a desperate Christmas Day search for turkey foil has been added to the Queen’s New Year honours list.

46 year old Willy Jumper, a half-civil servant from Craigavon, was alerted to the alarming shortage of bacofoil at his home around 10.30am this morning, sparking an heroic two hour ordeal which took him to four neighbour’s houses, five corner shops and two petrol stations, before he eventually struck gold, or aluminium to be precise, at a nearby eatery.

“I totally forgot how big my bird was!” explained Jumper afterwards. “So when she squared up to me and said ‘you better go and get foil now for this Turkey!’, I shit meself and pulled me coat on!”

“I would have taken the car,” he continued, “but it was nearly 11am so I’d been drinking a good four hours already… so I had to hoof it!”

“Eventually I was able to explain my dilemma to some nice Asian people who were offloading stuff behind a Chinese takeaway,” he continued, “by drawing tin-foil and turkey shapes in the air with my finger and talking really slowly.”

“Thankfully they understood me though – especially the doll with the Lurgan accent!”

This is not the first time a Christmas Day emergency has resulted in a prestigious award. In 2008, 32-year-old mother Brandy-Ann Baileys was awarded a CBE for successfully finding a 12 pack of AA batteries before her kids lost the plot.

“A devoted parent will a drive a real car around the country for hours searching for batteries, so that their child can drive a toy car around the kitchen table for about two minutes before getting bored and doing something else,” confirmed leading child psychologist, Wayne Hayder.

“It’s actually a good boot up the hole they need” he confirmed.