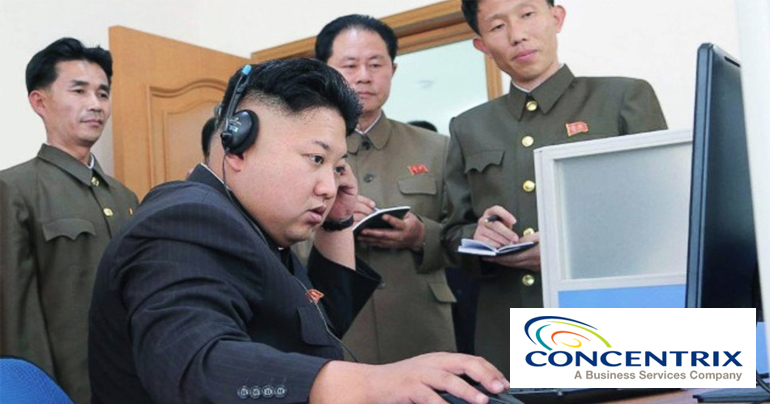 Following months of denying families their working and family tax credits through ruthless handling of a government contract, US firm Concentrix have been hired by rogue nation, North Korea, to handle complaint calls from it’s millions of disgruntled citizens.

“Kim Jong Un is really impressed with our Never Say Aye attitude”  revealed Concentrix spokesman, Nadda Chance. “We may have lost the HRMC contract for pushing people to the brink of suicide, but fair play to Kim, he sees the real value of the great work we do!  He called us last week asking us if we could help!”

“We said ‘No’ of course” she added. “but he called back about 75 times over the course of the last two weeks, and eventually, after he broke down crying, someone took pity on him and actually did their job.”

Staff at the Belfast Call Centre said they were initially daunted by the prospect of learning Korean, however management at the firm were quick to send a memo reassuring them of the simplicity of the task ahead.

“We actually just need to learn two words in Korean!” said customer support agent, Kenny Helpye.  “Firstly ‘No’, which is the default response for all queries, and then, if things escalate further, we have also learned how to say ‘fack away aff'”

“I thought it was gonna be a whole handlin!” he admitted. “but so far we haven’t helped over 10,000 people”

In a further development Concentrix are reportedly in the final stages of doing a deal with God to answer all his prayers for him.

“My head’s fried with people praying for their tax credits reinstated” admitted the Lord Almighty earlier. “What’s the point in me spending days on end telling people to sod off when someone else can do it for me!”

We phoned Concentrix for a statement earlier, but we’re still on hold.