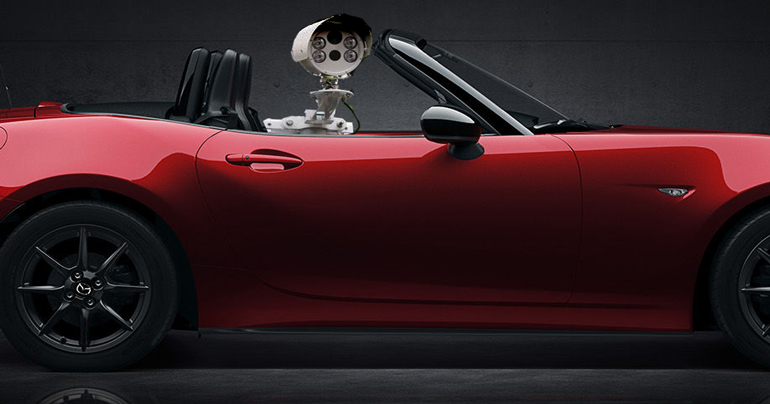 In an exclusive interview with The Ulster Fry Belfast’s first million pound bus lane camera has vowed to spend his new found wealth by living as extravagantly as possible.

“You’re only young once,” explained one-year-old vehicle recognition device, Otto Focus. “I could be knocked over by a bus tomorrow, which would be ironic when you think about it.”

“I’m gonna blow it all on fancy motors and dirty women,” Otto continued. “I’ve had my beady eye on a hot little traffic light who hangs around just down the road from me. Even asked her out a few times, but one minute it’s on, then off, then on again. She’s bound to give me the green light when she sees my bank balance.”

Other items of traffic enforcement are understandably jealous of their colleague’s new found wealth. “It’s OK for him,” said mobile speed camera Glen Shane, who we narrowly avoided on the road to Derry, “sitting there on his plush city centre pole coining it in, while the rest of us freeze our shutters off trying to catch some poor bastard doing 65 in an overtaking lane.”

“Even those Average Speed Cameras in Cultra are feeling mediocre.”

A spokesman for the Department of Infrastructure denied that the bus lane camera scheme was in any way a revenue raising project. “Sure £2.7 million doesn’t go far these days,” he claimed, “it’s not as if we could afford to send warning letters to first-time offenders or anything, could we?”

Otto, meanwhile, is unconcerned about the controversy. “Haters gonna hate, but I’m the one who’s got a hot date with that traffic light. She even flashed at me earlier,” he told us, before shouting “Yeeeeeooo” and speeding out of the city centre, down a bus lane.