Driverless Audi to be right up your hole 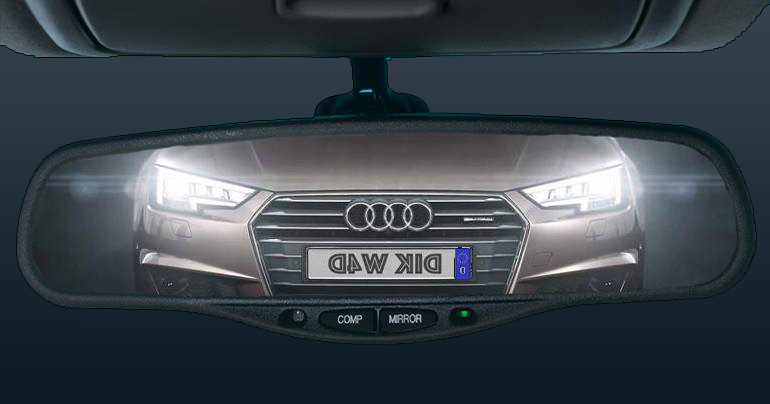 Following the announcement that the UK will have a network of driverless cars by 2020, leading car manufacturers are working on software upgrades to ensure the driving experience will be as close to the real thing as possible.

“After months of trials we’ve finally got our A4s driving right up your hole” confirmed Diethart Lynes from Audi. “It will stay up your arse at top speeds and automatically flashes it’s lights in the fast lane to tell people to move the feck over!”

Other manufacturers are also replicating features their customers love. Driverless BMWs will not bother indicating, while Mercedes’ will automatically take up two spaces in supermarket car parks. Additionally, Fiat Unos and Nissan Micras will drive at 10mph below the speed limit and always stop at roundabouts – even if no-one is coming.

Several other car producers are also plannning changes. Honda, Subaru and Volkswagen are working on a perilous overtaking algorithm, which will ensure their sporty models will fly past you at 100mph at the most dangerous point of a country road, thus causing your arsehole to shrink to the size of a neutron in anticipation of imminent death.

Whilst driverless cars are being hailed as a revolutionary transportation breakthrough, local joyriders fear huge job losses throughout their sector.

“It’s fuckin bad craic” said 19 year old Weetabix McCafferty. “We stole wan of the prototypes from the NI Science Park, but it just drove us about at 30mph and kept going the correct way around roundabouts. Was lik being out on a driving lesson with me granda! Loada pish!”

Translink have also reportedly experimented with driverless buses, which in tests kept driving past stops and ignoring passengers.