Everyone allowed to work outside today, announce bosses 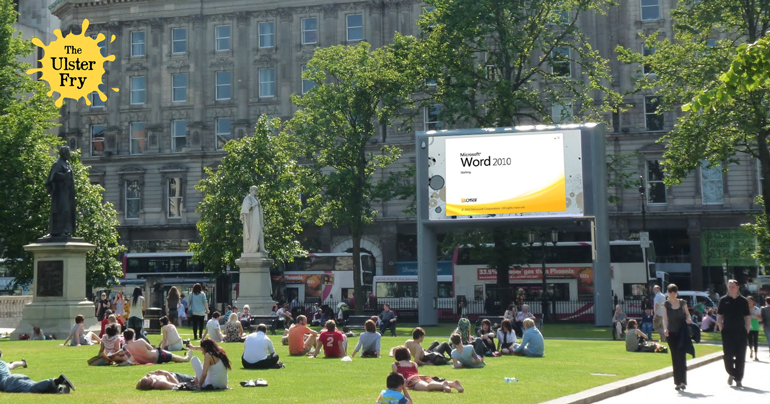 Northern Ireland’s bosses have finally agreed that the weather’s too good to be indoors and we can all take our work outside today.

“It’s gone way beyond a quare hate and is approaching clean swelterin’,” said Will Close, from the Confederation of Bullshit Industries. “Everyone is sick of looking out the window at people going full ‘taps aff’ and drinking cider. This is just good people management.”

The news has been universally welcomed by ‘indoor’ employees across the Province, although it will obviously require some adjustments to working practices.

“We can hardly drag all the computers and money out into the street,” said Penny Cash, the manager of the Lurgan branch of Ulster Bank, “so I’ve made special word-searches with terms like “‘Repossession order’ and ‘Debit card transaction’ hidden in them. We might even colour in pictures of mortgages – it’ll be just like Primary School.

Meanwhile at the Ulster Hospital midwives are busy delivering babies in the sunshine. “This is class,” laughed soon-to-be mother of six Bertha Year, between contractions. “I’m able to squeeze out another baby AND top up my tan! I’ll be the yummiest mummy in Asda, or outside Asda, if they shift the stock into the car park.”

In an unusual twist, workers who usually spend their time outdoors will be allowed indoors  to escape the heat. Traffic wardens are presently patrolling the country’s multi-storeys, and farmers are spraying muck over school assembly halls and corridors.

“And if they don’t believe you, just say you read it on The Ulster Fry, so it must be true.”