Everyone reading this supposed to be working, claim Ulster Fry 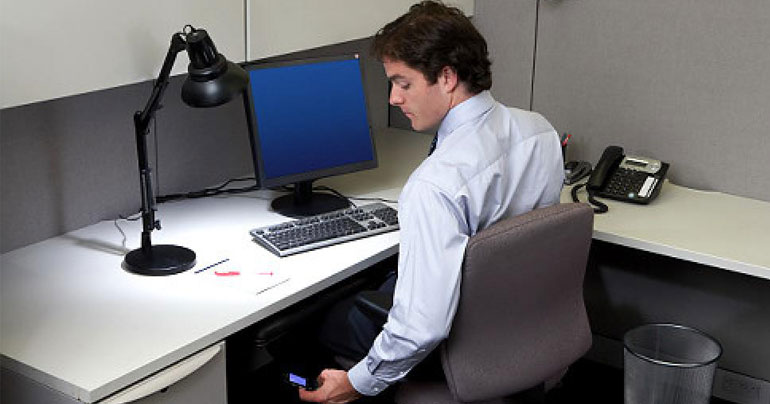 An article released today by satirical website the Ulster Fry is reportedly costing Northern Ireland employers ‘a clean fortune’, as lazy-arsed employees read it whilst pretending to busy.

“Aye I’m supposed to be doing something in a spreadsheet or some shite” revealed accounts clerk, Cornflake McGettigan. “But its Friday and I can’t be arsed. It was either this or a Belfast Live post about a pensioner from Sprucefield doing a powerlifting show.”

The article comes a double blow for local employers, after staff spent the first 15 minutes of company time today eating sausage baps whilst unamimously laughing at animated gifs and getting brown sauce all over their keyboards. “I nearly went out to give off to them about it” revealed boss, Jim Sternbake, “but my breakfast baguette was getting cold, and I couldn’t be arsed.”

Aside from the untold man-hours lost each Friday through procrastination, tons of food destined for packed lunches will also go to waste as people everywhere decide to treat themselves instead. “Aye I was going to microwave soup and butter a few rounds of bread” admitted web nerd, Chris P Pancake. “But I decided I couldn’t be arsed. Subway it is!”

With the weekend fast approaching, shares in watching the clock reached a seven day high, whilst the price of pretending to be busy is also trading strong. However shares in ‘being arsed about stuff’ have customarily dipped to an end of week slump.

The article has been warmly received, especially by Belfast clerical officer, Amanda Buck. “I was pure lured they quoted me in it!” she told us. “they somehow published before I even finished speaking… I was wile impressed!”