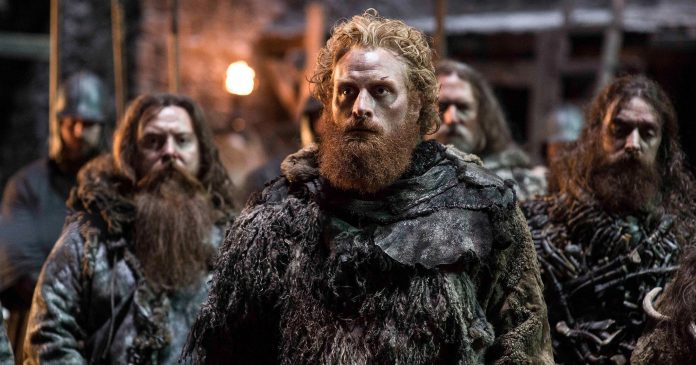 A staggering 112% of beards here are now working in a Game of Thrones related industry, new figures from the Department of Unusual Statistics have revealed.

“Prior to Game of Thrones there was huge unemployment in the facial hair community,” says the Department’s spokesbeard Randal Bar-Moustache. “There were limited opportunities on the faces of craft beer brewers, baristas and scout group leaders – the HBO show changed all that.”

“At first there was a surge in demand for hairy extras in the show itself, but even now that filming has finished there’s still plenty of work in the tourism industry.”

We caught up with tour-beard Will Kinson-Sword in Tollymore Forest, where he was waiting to startle some American visitors.

“There’s good money in it,” he revealed. “Basically you just hide in the bushes wearing a cloak, then emerge out and talk medieval style shite in a ridiculous actor voice. I earn £350 a week, plus tips, enough to keep the wolf from the door anyway, which is useful as I’ve bought three wolves to enhance my character.”

He rejects concerns that the end of the show will see a decline in job opportunities. “There’ll be a spin off series,” he argued, “until then I can supplement my income by appearing on the faces of folk in that show about Vikings.”

In a related story, trading standards have closed down a supposed Game of Thrones tour operator who was discovered taking a group of Americans to visit all the public toilets on the Ards Peninsula.

“What’s the problem?” said the disgraced guide Mick Harrington, “There’s more than one type of throne, and at least no one could complain about a lack of piss stops.”