World to get “glimpse of life in Tyrone” during solar eclipse, reveals NASA 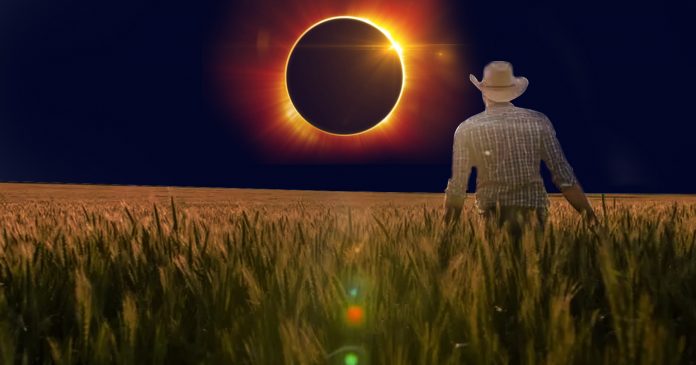 As the western world prepares for its first total solar eclipse in almost a century, scientists have revealed that the spectacle will offer a ‘once in a lifetime opportunity’ for people across the globe to experience what life is like in County Tyrone.

“For the first time in the modern era people in the US rust belt will be able to experience what living in deepest, darkest Tyrone is really like without using a simulator” revealed NASA spokesman, Don Gannon.

“Home broadband speeds will drop to a a crawl, getting a signal on your mobile phone will be a complete pain in the hole and (due to complex scientific reasons that we can’t fully explain but which conveniently fit the premise of this article) you’ll have to drive around for ages to find a shop.”

Scientists trying to understand the effects of solar eclipses on modern technology have been travelling to Tyrone for generations it has emerged, where NASA have built a multi-hundred dollar research facility behind Dermot O’Brien’s farm in Plumbridge.

However life in Tyrone isn’t the only opportunity for scientific analysis of Northern Irish customs.

“We are also incredibly excited that, for the first time, we’ll be able to demonstrate the lack of progress or accountability in the RHI scandal to the wider world” continued Gannon.

“Because whilst our entire media and news output will all be focused on a single massive burning issue…. we’ll still somehow be able to keep everyone totally in the dark about it!” he added gleefully.

A Stormont spokesperson was unavailable for comment as they were too busy arguing with someone that the Earth was still flat.

Share
Facebook
Twitter
Pinterest
WhatsApp
Previous articleA Levels “not as hard as they used to be”, claims everyone over the age of 20
Next articleGame of Thrones tours now Northern Ireland’s biggest employer of beards