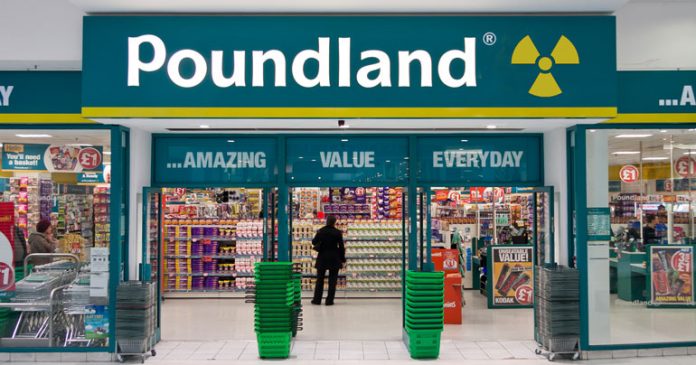 There is growing concern in security circles that traditional ‘High Street’ price wars may be about to escalate after Poundland began selling nuclear weapons in its Banbridge branch.

The move comes amid heightened tensions in the budget shopping sector, with the ‘Big Two’ – Poundland and Poundworld – increasingly concerned about the rise of competitors like B&M, Home Bargains and Wyse Byse.

“Even charity shops are beginning to muscle in on their territory – which is mainly town centres with feck all in them since Woolworths closed,” says Retail Warfare expert Gordon Skemist. “Poundland is sending a clear signal to the wider shopping community.”

Wan Lo Price, the eccentric dictator of the Poundland chain, is believed to have ordered construction of the weapons, which are built using items sold in its stores.

“The missiles are basically cheap plastic tat powered by the wee gas cylinders you use in camping stoves,” says Skemist, “and the warhead has been developed using radioactive material extracted from them tinned Fray Bentos pies.”

“It’s unlikely they’ll sell for £1, but you might see them in the 2 for a fiver section.”

Executives in larger supermarkets are said to be concerned at the news, demanding that the Chamber of Commerce imposes sanctions on the rogue store. However observers have pointed out that the move may be a response to military manoeuvres conducted by Asda close to the Ards Shopping Centre branch of Poundland.

In a related story, furniture giant Harvey Norman has agreed a ceasefire in the long running “Sofa War” with DFS, finally lifting the siege which had forced his opponent into a 20-year-long sale.