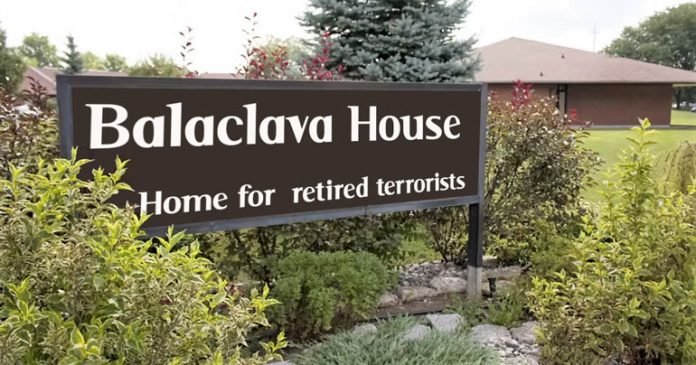 The news that the Red Hand Commando group has asked to be legalised so that it can become an ‘Old Comrades Association’ has led to calls for a retirement home specifically for paramilitaries.

“Lots of these guys are getting on in years,” says the brains behind the scheme, Sam Tex, “Our facility will cater for all Old Age Paramilitaries, regardless of which side they killed for, and they’ll feel right at home at the Maze.”

“There’ll be segregated accommodation of course, they’d all prefer it that way, but we’ll bring them together for traditional retirement home activities.”

“For example, we’ve developed games like Bango, which is a bit like Bingo except the numbers are called in through a coded telephone warning, and Pass the Unattended Parcel.”

“We’re also planning creative writing classes, so they can learn how to rewrite history, and reminiscence excursions to the towns and villages that they tried to destroy before they retired. ”

“Not many people realise this, but we retire like everyone else,” said 68-year-old Red Hand Commando Wee Willy ‘Winkie’ Wilkinson, “I had a lovely leaving do, the lads even presented me with an engraved Glock for the mantelpiece.”

Ageing IRA man Slob Murphy agreed with his loyalist counterpart. “Many of our members are drawing their pensions now,” he told us. “Quite a few of us got a decent lump sum from that job we shared in the Northern Bank but it’s still an armed struggle to make ends meet.”

“All these guys want is to be able to retire and live in peace,” says Tex, “although to be honest they spent much of their working lives making sure that other people didn’t have that opportunity.”