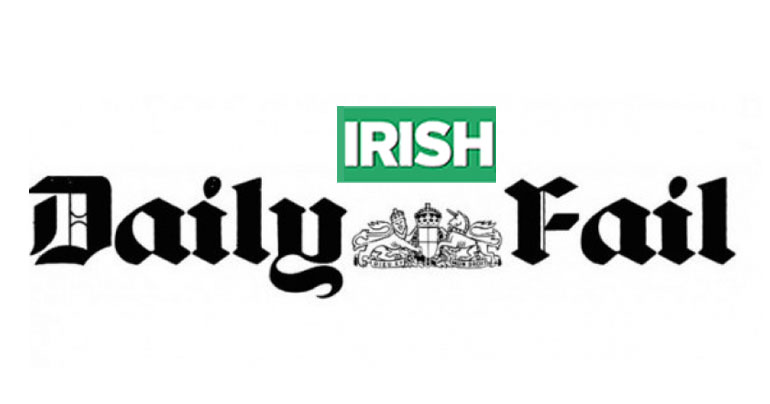 The worlds of Irish business and journalism were left reeling this morning, after a normally well regarded, decent and objective *cough* newspaper, The Irish version of the Daily Mail, was declared morally bankrupt by readers.

“It’s true” said Editor Dishonour O’Donnell, “I am just out of a meeting with our accounts department and we literally haven’t got a single ounce of decency left.”

The administrators were called in today at lunchtime, after the paper admitted that an ‘exclusive interview’ with the woman whose entire family died in the Buncrana Pier tragedy, was actually obtained by an undercover reporter posing as a mourner at the funeral of five.

The ‘journalist’, Hallion O’Reilly, is alleged to have driven to Derry from Dublin with her kids, and, without telling the grieving mother she was a journalist, used a private heartfelt conversation she started as a ‘concerned well wisher’ as the basis for her ‘exclusive scoop’.

Following the moral bankruptcy claim, receivers have now moved in on the Irish Mail on Sunday offices to take stock of their assets. We spoke to Annie Price from PWC about it shortly after.

“They actually have plenty of money in their bank account.” Miss Price told us. “However after running a series of integrity checks on the newspaper itself, it’s clear there is a problem getting their journalistic output to properly balance. It’s been an issue thats dogged the Daily Mail for several years, both in Ireland and England”

“Ironically they made a clean fortune selling newspapers off the back of this tragedy!” she revealed “but on a closer inspection of their daily turnover, they clearly haven’t got two f**ks to rub together.”