Jim Megaw bounces back to front The Apprentice 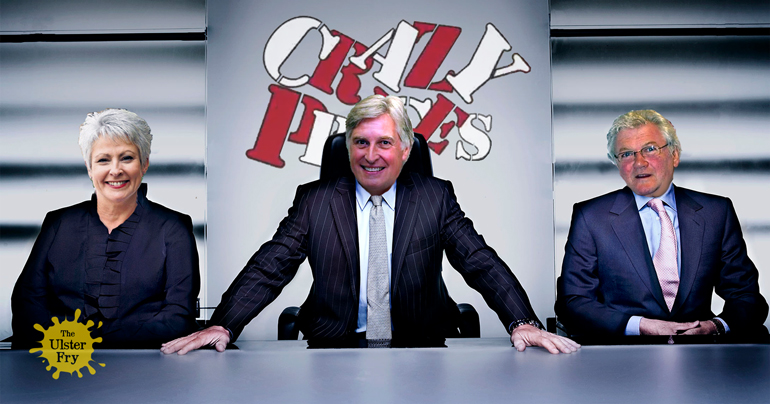 After his blistering return to our TV screens last week on a new ad for We Are Vertigo, it has emerged that legendary businessman Jim Megaw is in line to replace Lord Sir Alan Sugar on The Apprentice.

During the 1980s Jim made the supermarkets Crazy Prices and Stewart’s the go-to destinations for all local shoppers before the two stores were decommissioned and sold to Tesco as part of the Good Friday Agreement.

“Jim’s kept a low profile since the Crazy days,” a close friend of someone who met him once told us. “After he stepped down he travelled the world acting as a kinda guru for aspiring entrepreneurs. Back in 2004, for example, he bumped into a young student in the States who’d a wee idea for a company – Jim looked it over and said ‘Don’t you miss it.’ That kid was Mark Zuckerberg.”

“Sadly young Mark didn’t listen to Jim and dropped his plan to open a branch of Stewart’s Wine Barrel at Harvard, but I hear he’s done pretty well for himself on the interweb.”

Jim’s return didn’t go unnoticed by BBC executives who immediately snapped him up for the Apprentice, where he’ll have fellow TV icons Pamela Ballantine and Jackie Fullerton as assistants. Although the show will air in 2017 planning has already begun.

“The contestants are in for some tough tasks,” says our BBC insider. “I wouldn’t fancy trying to flog Yellow Pack rich tea biscuits to Harrods, or running a Northern Irish street food stall in Covent Garden with only three loaves of Veda and a tin of corned beef as supplies.”

We Are Vertigo spokesman Sam Poline welcomed the news. “Jim’s a perfect fit for us,” he told us, “Although he hasn’t mastered the slopes yet he can shift multi-packs of Ski yoghurt like nobody’s business.”

If you haven’t seen big Jim on the telly yet, you can see him strutting his stuff in this fillum.