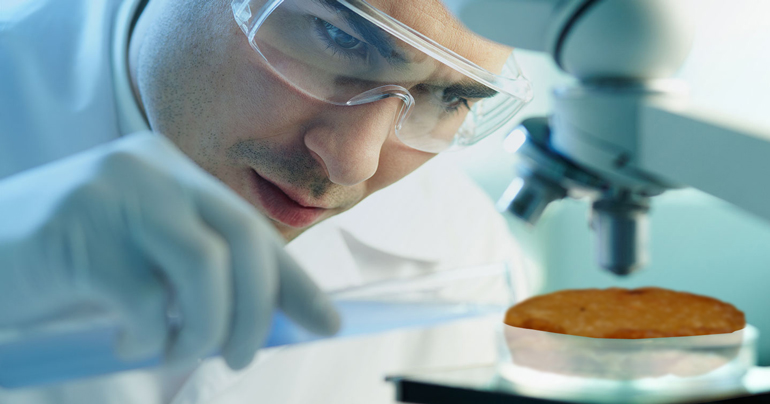 Three Belfast scientists have been awarded the prestigious Nobel Prize for Physics after finally solving one of life’s great mysteries – what exactly goes in a chip shop pastie.

“The contents of the humble pastie has long puzzled mankind,” said chair of the Nobel committee, Barry Curry. “It appears to be meat, but the exact type of meat remained unclear to even the most gifted scientists.”

“We needed to know, and these men have given us that knowledge.”

“It’s a mix of minced pork, onions, and potatoes which we’ve called ‘Strange Matter’,” says Wilbert Einstein, one of the trio who made the discovery. “There’s still much to learn, like what the f**k is going on with that weird pink colouring? But we’ve made a start on the road to enlightenment.”

Elsewhere Ballymoney mother of three Sally Lama has been awarded the Piece Prize for making four different types of sandwiches for her family every morning, and Belfast woman Mavis Heaney scooped the Nobel Prize for Glitterature.

“For all the ‘upcycled’ shite she flogs on Shankill Buy and Sell,” reads the citation.