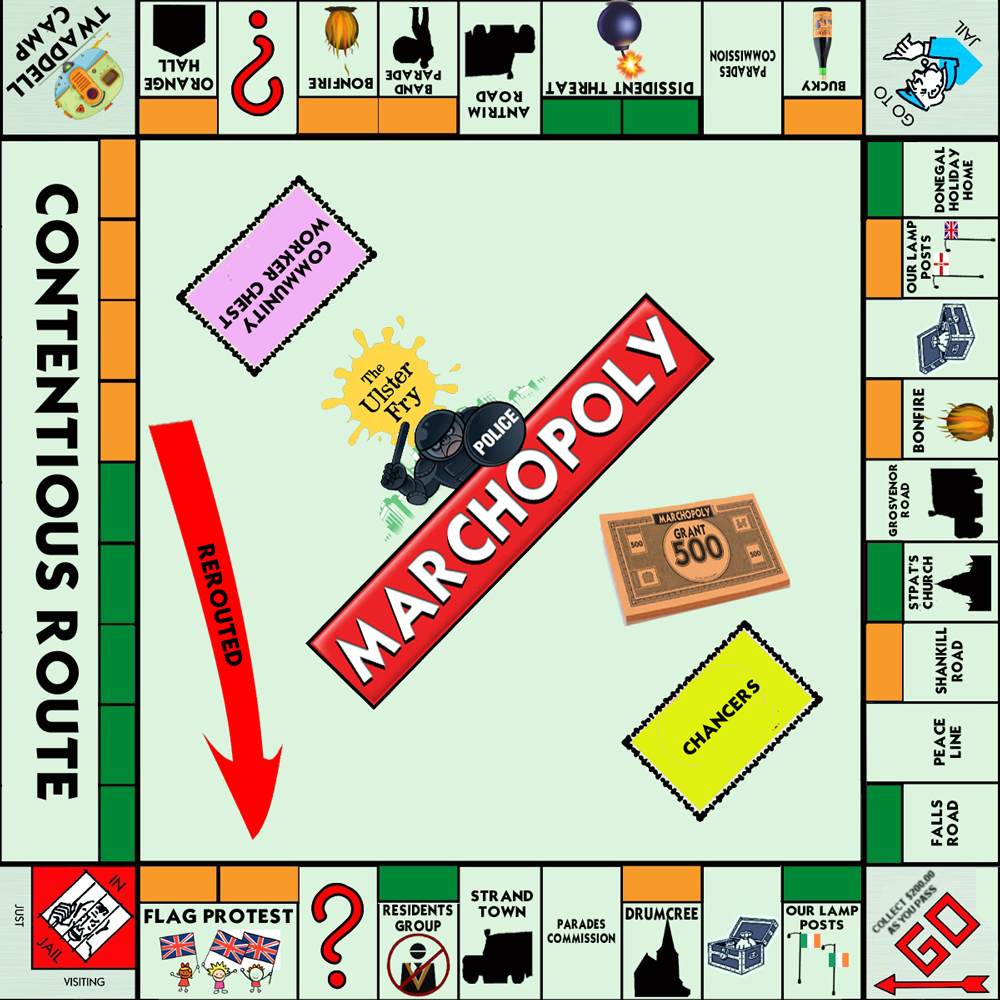 Top US toy manufacturer Hasbro has revealed a new version of its iconic board game Monopoly where all the action takes place in Northern Ireland during the marching season.

Marchopoly will see players make their way round a board packed with some of our most contentious locations, as they attempt to gather more grant funding and territory than themuns.

“We’re sure that families will love the tweaks we’ve made to an old favourite,” says the game’s designer Walter Cannon. “We’ve changed all the locations of course, and now you’re trying to take over entire areas by building little green and orange houses and sticking flags on them.”

The traditional playing pieces have also been given a twist. The top hat has been replaced with a bowler hat, the car with a police Landrover, and there’s now a left and right boot – depending on which foot you kick with. Community Chest and Chance become Community Worker Chest and Chancers, with new cards that can provide either help or hindrance.

“Players should recognise them from the old game,” says Cannon. “You have won second prize in a band contest – collect £10 from each marcher, Advance to Grosvenor Road Police Station, and Pay £100 to install a Pellet Burner in each hotel you own, then get £160 back.”

“There’s still a Get out of Jail Free card, of course, but it’s been replaced with an On the Run letter.”

If the game does well in the toy shops we can expect to see more Northern Ireland themed games. These are believed to include an Ulster Scots version of Scrabble where players have to spell words incorrectly and Tiocfaidh-Roo, where you try to dangle things off Gerry Adams before he kicks them all off, denying everything.