New airline “exclusively for drunk people” to operate out of Belfast 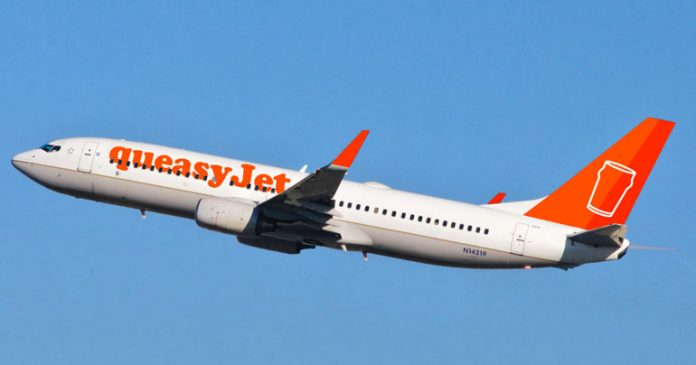 Amid news that an increase in arrests for drunken behaviour by passengers may lead to curbs on the sale of alcohol on flights, a Belfast based airline has launched a service aimed exclusively at plastered travellers.

Queasy Jet will operate flights to several popular holiday destinations, including the Canary and Balearic Islands, Greece and Corfu.

“Getting snattered at the airport is an important part of every holiday,” slurred Harvey Wallbanger, the entrepreneur behind the venture. “Why else do airlines ask you to turn up two hours before your flight leaves? It’s to give you time to get writ aff!”

“Just because a few people take things too far by groping staff and fighting each other shouldn’t spoil it for the rest of us, but I can understand how being surrounded by a load of people boking their rings might be unpleasant for sober passengers.”

“We’ll get around that my making sure that everyone on my airline is rubbered by the time they board, and that includes the cabin crew and pilots.”

Local inebriated travellers have welcomed the news. “Fuppin’ brilliant sur,” said a man we met in the bar at Belfast International Airport, who had just ordered pints of gin with vodka chasers for his wife and three children.

“Yousuns are my best friends, so yis are, yis bastards,” he concluded, before punching us and vomiting into his hand luggage.

Queasy Jet’s first flight left Belfast this afternoon, four hours late as several passengers had to be rounded up with cattle prods. It later ditched off the coast of Portugal after the pilot mistook “a big slap of watter” for Lanzarote Airport.