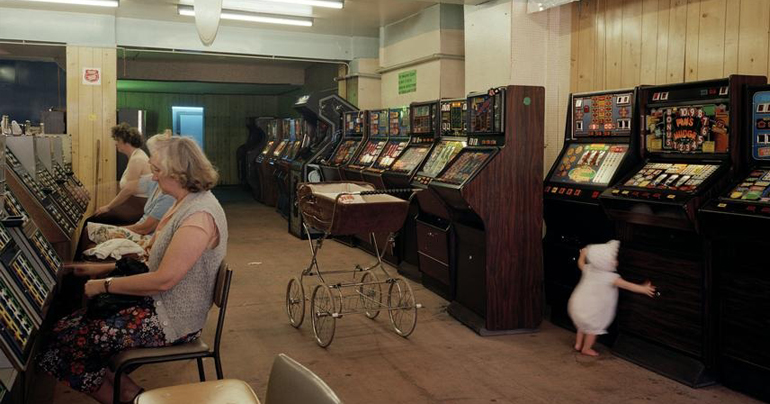 The unfortunately named Rank Entertainment Group have unveiled new plans for a casino in Belfast which they hope will find favour with DSD Minister Mervyn Storey, after an earlier request fell on deaf ears.Speaking exclusively to the Ulster Fry, Rank spokesman Sir Richard Needham revealed that “last time we proposed a kind of ‘mini-Las Vegas’ which was rejected outright, that was a mistake. We should have known that the chances of politicians here accepting an 21st Century entertainment complex were slim, people might enjoy themselves. This time we’re going for something more in line with what local people expect in a gambling experience.” “At the centre of our development will be the ‘Carseino’ – a bit like a real Casino, only a bit shit. It will have over two hundred machines, including 2p falls, ”whack-a-mole’ style devices, broken air hockey tables and a crap horse racing game that costs a penny like the old one in Barry’s.”Sir Richard stressed that gambling won’t be the only entertainment on offer. “Outside there’ll be a puddle strewn putting green, and we’re trying to source some kind of death trap ride like the ‘Slippery Dip’ they used to have in Newcastle. We’ll also have a couple of joke shops selling plastic dog shit and huge pairs of fake diddies.”The all inclusive site will include accommodation and restaurants, Sir Richard revealed. “We’re bringing in a clatter of second hand caravans”, he said, “and there’ll be B&Bs for the high rollers. Diners will be able to enjoy all-day breakfasts, sausage rolls and lukewarm tea in greasy cafés. Alternatively you can eat crisp sandwiches in a bus shelter.”The complex is likely to create upwards of 12 jobs, then close after a year before being burnt down for the insurance.