Festive Smalltalk Crisis As Everyone Actually ‘All Set For Christmas’ 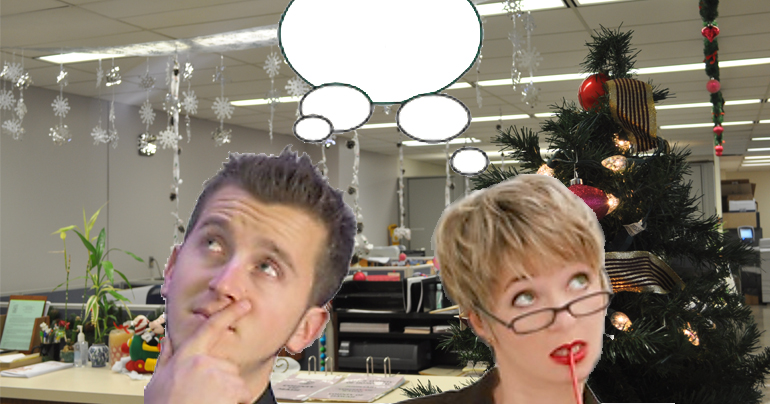 People across the Province woke up with nothing to say to each other today, after a recent YouGov Poll discovered that 98% of NI were actually ‘all set for Christmas’ – thus rendering 117% of December’s conversations null and void.

‘Yeah I’ll have to keep my head down in the street now until Boxing day!’ admitted Patrick Hastings from Newry. ‘I keep bumping into people I recognise. They ask me if I am all set for Christmas. I say ‘aye’. They say, ‘aye me too’, and then we just stare blankly at each other. It’s getting a bit awkward to be honest.’

This sentiment is shared by Armagh woman Angie O’Hara, who believed she was being by clever getting Christmas sorted in November. ‘Nah, never again! I haven’t a clue what to say to anybody now. I’m planning on buying a few more presents so I can chat to the girls on my lunchbreak. The silence is killing me!’

‘I’m coming down with crap as it is though, we’ll probably still be eating selection boxes at Easter.  Which is wile unholy obviously, cos its the wrong type of chocolate!’ she added nervously.

None were more annoyed than local Sinn Fein heart-throb Gerry Kelly though, who admitted the conversational stumbling block was ‘badly interfering with his life’ at home.

‘Especially during foreplay’ he added.