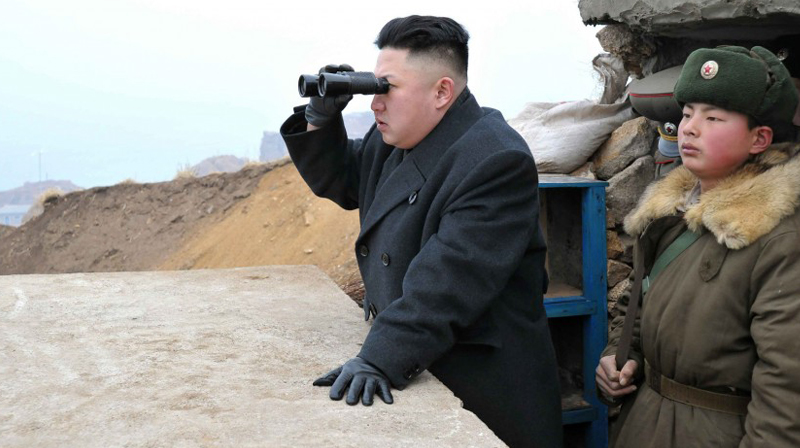 The details came to light late last night, after it was revealed that Sony Pictures had withdrawn their movie “The Interview” following an attack by cyber-terrorists linked to the North Korean regime. It appears that the hackers also illegally gained access to the BBC NI servers where, hidden among unloved episodes of Give My Head Peace, employee payroll information and the self-destruct codes for Stephen Nolan, they found an episode of the game show which featured a blood soaked contest between Crossmaglen and Larne.

The (s)hit TV show, which was on TV in the 90s, pitted Ulster towns against each other in televised ‘It’s a Knockout’ style challenges. Long thought lost by BBC archivists, this episode was so violent that it was deemed unsuitable for mainstream television. A cameraman almost lost his life keeping the two sides apart and show host George Jones left the series soon afterwards.

It seems that members of the Korean military hierarchy were particularly terrified by the carnage that accompanied a contest between Crossmaglen’s “Big Eugene” and Larne’s “Wild Billy” – which saw the two men trade blows whilst dressed as giant inflatable ducks. The concerned generals immediately urged their leader to open peace talks, fearful that they would be unable to take on such powerful and unusually dressed western enemies.

The news was welcomed this morning by US President Barack Obama and British Prime Minister David Cameron, who have dispatched former presenter Hugo Duncan to negotiate a deal.