‘No one sure what day it is any more’ claims report. 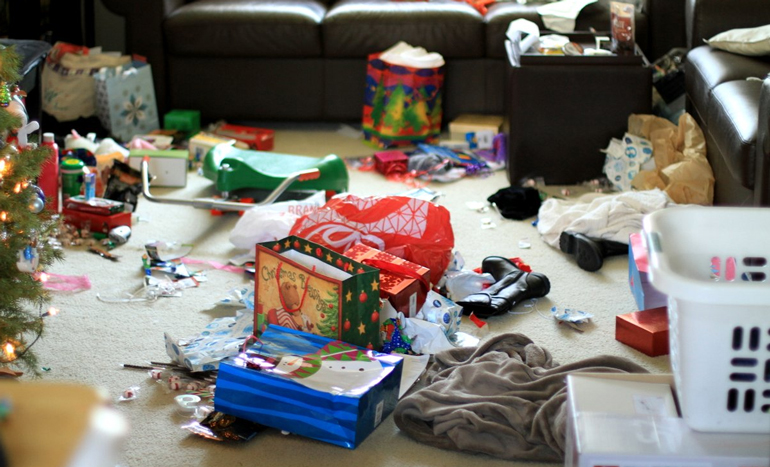 With Northern Ireland in the middle of the post-Christmas wind down, experts at one of our top universities have raised fears that no-one will remember when they have to return to work.

The researchers estimate that 76% of the population is now in a permanent state of semi-drunkenness, unable to measure the passage of time after their only copy of the Radio Times was accidentally binned.

According to Dr Brian Clabber, Head of Christmas Stuff at Craigavon University, by this stage of the festive season most of us are sitting around in our pyjamas saying things like ‘what day is this? It feels like a Sunday, but is probably a Tuesday,’ while eating leftover Quality Street washed down with Prosecco.

To add to the problem many people are beginning to suffer the effects of cabin fever. “Folk have been trapped in a front room with ageing relatives for several days now, watching repeats of Downton Abbey, and can barely remember their own names,” says Dr Clabber.

“Last year our researchers found one young man in Poyntzpass living behind his grandmother’s sofa with only soiled Christmas paper for bedding. That was in July.”

Portadown company director Francis Colon has echoed the concerns. “I had three people turn up for work this morning, thinking it was Monday. I sent them home, but I doubt they’ll turn up when they’re supposed to. I’ve no idea how I’m supposed to run a business in these circumstances.”

“In all honesty I wasn’t meant to be in work today myself,” he said, “but I was half-cut and couldn’t stick the sight of the wife much longer.”

We tried to work out what day it was so that we could tell yousuns, but fell asleep on the sofa before coming to a definitive conclusion. It might be Friday.