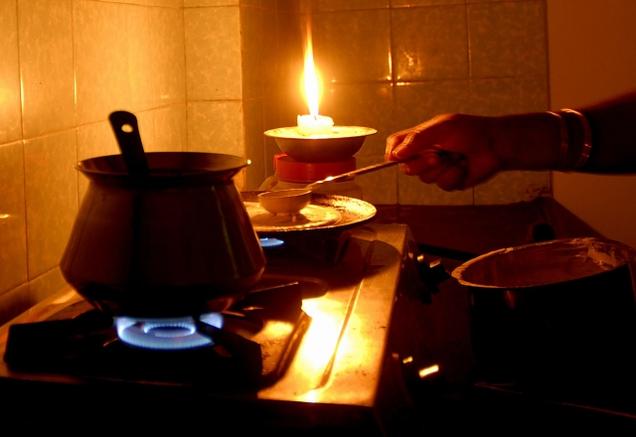 A Dundonald father of two is said to be secretly devastated that Storm Frank failed to knock off the power in his house last night.

48 year old Alan Bluster had spent several hours preparing for the impending crisis, only to find that his home remained fully powered throughout the evening.

“Alan is a big fan of shows like The Walking Dead,” we were told by his long suffering wife Kia-Ora. “The electric going off is the nearest thing he gets to a Zombie Apocalypse survival situation, apart from when we go shopping at Connswater.”

According Mrs Bluster, her husband spent most of yesterday afternoon in the attic “hoking out camping equipment” to ensure that his family would remain safe during the crisis. “He’d given us all a torch each, as he was afraid we’d  become separated somewhere between the living room and the kitchen.”

“Then he moved all the valuables upstairs and made us wear life-jackets in case of flooding. We live on top of a hill, FFS, if we’re flooded then most of Belfast will be under water.”

According to top psychologist Brian Cortex this type of behaviour is part of the primitive make-up of the human race. “Men have a deep seated need to protect their families,” he explained, “so will go to extreme lengths to invent possible crisis so that they can fulfil this role.”

“In doing so, they believe they will be excused from all ordinary housework and should be allowed to sit around drinking beer in their pants – a view that most partners sadly fail to share.”

We tried to interview Mr Bluster himself but he said he was much too busy encasing the recycling boxes in concrete.