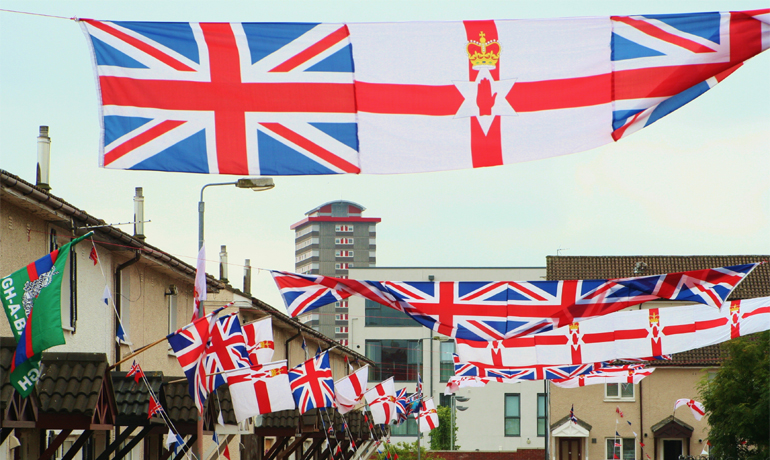 Experts at Larne School of Economics have warned that unless the government steps in soon, there may be a chronic flag shortage in Northern Ireland by 2018.

Dr Mervyn Fullerton, head of the think tank, claims that “since Naomi Long climbed up on City Hall and took the flag down we have seen an exponential growth in flags in many areas. In parts of Newtownards, for example, we are seeing upwards of five flags to a lamppost, an unsustainable development at the best of times.”

“However there is now increased global flag related competition from competitors such as Islamic State and North Korea, on a scale not usually seen outside a World Cup year. This development is likely to threaten the very fabric of our fabric unless Stormont puts contingency plans in place.”

“To put it bluntly, and to use the scariest made up word I can think of, we may be facing Flagmageddon.”

In some areas residents are already beginning to horde flags in case the international crisis leads to rising prices. 42-year-old Ballybeen woman Lana Bunting, who refused to tell us her age, told our reporters “I went out and bought 14 Australian flags and have been cutting the wee Union Jacks out of the corners. I know one woman, she bought a rake of Afghani Flags, just in case she can’t get any other ones for the Twelfth.”

A Stormont spokesman told us that the Department for Communities would be sending knitting patterns to the hardest hit areas shortly. As a result the prices of red, white and blue wool have skyrocketed.