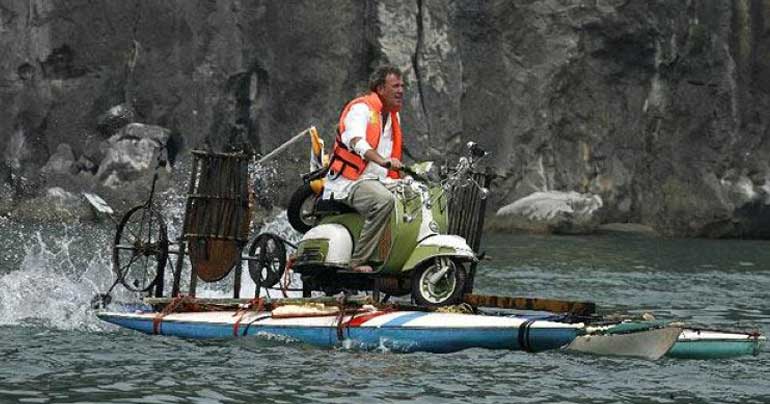 There is embarrassment in Belfast City Hall today after it was revealed that a simple clerical error had scuppered plans for the biggest tourist event of the year – the Tall Ships race.

“Aye instead of booking a host of sailing vessels, we’ve accidentally arranged for some kind of sports day for tall, irritating folk” admitted Mayor Arder Carson.

It is understood that various elongated wankers from across the globe have been flown in to participate. “Jeremy Clarkson will be continuing his grudge match against Piers Morgan,” the Mayor explained, “but we also have international shits such as David Hasselhoff and Hulk Hogan, along with female athletes like Taylor Swift and Naomi Campbell. For local interest, both Gavin Robinson and John O’Dowd are also competing to be the tallest shit.”

“It’s neck-and-neck at the minute between them” he revealed. “but we’ll send a helicopter up shortly to take final measurements”

The Tall Shits event has since come under criticism for false advertising after it emerged that none of the tall people would actually be racing. Instead it is reported they will just be tied up with a piece of rope so people can gawk at them whilst drinking obscure Belgian craft beer, and eating overpriced German hotdogs.