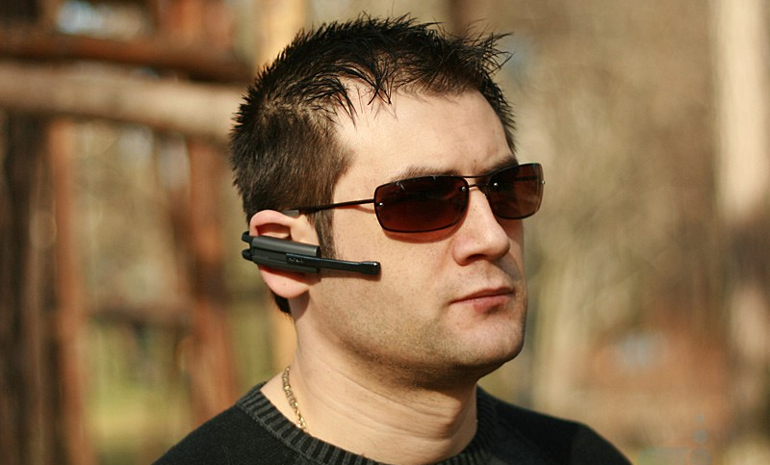 A Portadown native who never leaves the house without a Bluetooth headset attached to his ear has been voted the world’s most stylish man by top lifestyle magazine Men’s Shelf.

44 year old Barry Slacks told us he was delighted at the award, which he described as being the “absolute pinnacle” of his career. “It’s not easy having this thing stuck on your head during every waking hour,” he said, “but it’s vital for my career as you never know when you might get an important call.”

“The dole office could be on at any time looking me to come in and sign on,” he explained, “and just the other day I was at the petrol station and my ma phoned me to get milk. It’s f**king hectic at times.”

Men’s Shelf fashion editor Hugh O’Boss told us that Barry’s dedicated use of the Bluetooth device wasn’t the only factor in their decision. “It’s the way he accessorises the headset with the leather phone and penknife pouch on his belt that singles him out,” he told us. “Then you add the house keys chained to a belt loop and you have a potent symbol of male virility. He must be beating the women off with a stick.”

We showed Barry’s picture to some women we found in the Craigavon Asda and they could barely contain themselves. “Jaysus would you look at the headset on that boy,” was the reaction of trainee housewife Irene Tanktop, “He’s a pure ride, so he is, I’m away to dip my arse in the freezer.”