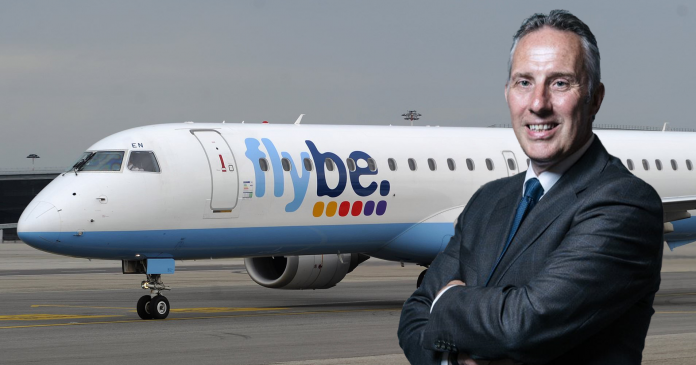 FlyBe was rescued from going into administration by Northern Irish MP’s after they pledged to exclusively use the troubled airline for all their expense-paid travel over the next five years, it has been revealed.

“I feel like we’ve just won the lottery!” said excited FlyBe CEO, Carrie Ann-Luggage. “I’m just off the phone to the bank and with all your MPs’ travel expenses in our cash flow for the next lock of years, they’ve extended a credit-line worth billions.”

“Yesterday we didn’t have a pot to piss in, and today we’re rolling it!” she squealed, as she wiped her arse with a £50 note.

It had been reported the government had bailed the beleaguered airline out from the public purse, however the details of the deal are only now coming to light.

“The Shinners have promised to use our airline for all their flights to Westminster, where they’ll fill in their expenses forms before hopping on the next plane back again, but the real jewel in the crown is securing the lucrative ‘Paisley Junior’ contract, it’s like a license to print money!”

“It’s a win/win for all concerned,” explains Luggage. “Now IPJ’s on board, he can continue to live the well-heeled, well-travelled life he’s accustomed to – and we finally have the cash to order a new fleet of Airbus A330’s with gold toilets and jacuzzis”

Excitement for the announcement was so intense a huge queue of people immediately formed at Belfast International Airport, out through the doors and as far as the long stay car park.