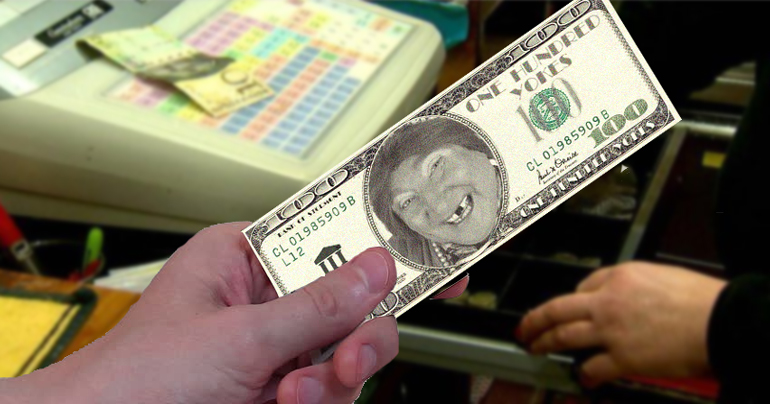 The people of Northern Ireland will soon be spending ‘Yokes’ after the Stormont administration moved with unusual speed to calm fears over the dramatic fall in the value of the pound.

“It’s pretty clear the pound is f**ked,” said First Minister Arlene Foster. “I went out today to get 20 Rothmans and a tin of Pedigree Chum and it cost me nearly 47 quid. There’s no way we can hold out to that kind of shite.”

An emergency meeting of the Stormont Executive swiftly agreed to introduce a new currency, then argued for several hours over its name and whose photo would be on it, before finally confirming that we would be trading in Yokes for the foreseeable future.

“Everyone has a few Yokes lying around the house,” said top economist Lendus Cash, “All those wee futtery things that clutter up drawers and get stuck down the back of sofas, so that should be enough to get the markets flowing and give us time to replace ATMs with Yoke Dispensers.”

Traders in South Armagh have particularly welcomed the move, as the falling pound was beginning to make some traditional family businesses unviable. “It was becoming uneconomic to spend a fortune “cleaning” red diesel,” explains local man Colly Hanna. “If Stormont hadn’t stepped in we’d have been bust in no time.”

Pet shop owner Sally MacNab was also pleased. “I’ve 12 tonnes of cat litter round the back of the shop,” she told us. “Apparently it’s used in cleaning the diesel so I’ve been doing a roaring trade in the stuff for years. Hopefully these Yokes will stabilise things, as I was beginning to think I’d have to lace all the cat food with laxatives.”

Trading of the new currency has been steady, with 1 Clatter of Yokes currently worth a Rake of Dollars on the international markets.