Petrol stations brace themselves for a busy Mother’s Day 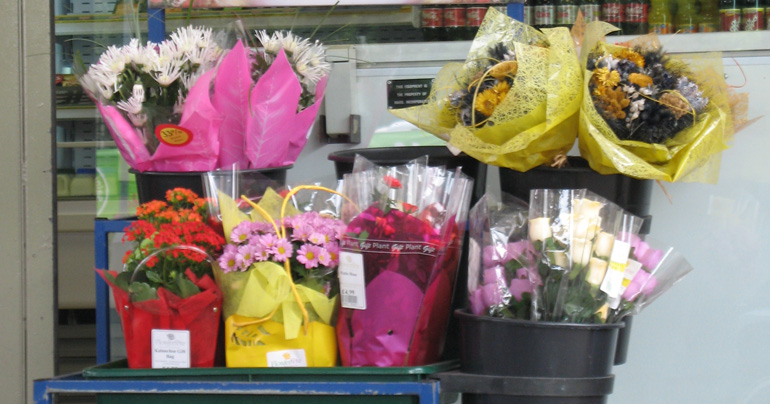 The chairman of the Northern Ireland Association of Petrol Stations has revealed that their forecourts and garage shops are ‘fully stocked and loaded’ tonight ahead of tomorrow’s Mother’s Day celebrations.

“We’ve got fresh flowers out the front in a rake of black buckets” revealed Duncan Richtee  “a heap of crap cards over beside the crisps there… plus a whole clatter of fancy chocolates, like Milk Tray, Black Magic and 12 packs of Kit Kats.”

“Mammies will be well looked after the marra, bai!” he added

Mother’s Day – an annual tribute to women who’ve given birth, is traditionally remembered by their male offspring whilst hungover sometime tomorrow morning, leading to a hasty cross-country exodus to spoil their beloved mammy with the finest goods that wherever the hell is still open is selling.

“I got spoilt rotten last year” revealed local mammy Pamela Rusk  “Our Lisa and Donna took me out for a swanky brunch at the Killyrea Hotel, and later that afternoon our Liam landed in with a lovely bag of fresh picked spuds and 24 free range eggs. Auch sure they shouldn’t have bothered.”

Her neighbour Tammy Dodger agreed. “Our John came in last year and said ‘Mammy, you’re always saying you want to Take a Break. So I got you that, plus some other magazines you’ll like like ‘Woman’s Own’, ‘Good Housekeeping’ and The Ulster Tatler’.”

“Plus the big dote brought me breakfast in bed.” she continued.  “I got jambons, sausage rolls, chicken vol-au-vents and a cornish pasty. He even brought me a sachet of brown sauce.”

Given that most men will be up all night skulling cans of beer and shouting at the TV during the Conor McGregor fight, experts at the Larne School of Economics today predicted that 74% of mammies will receive Easter Eggs tomorrow for Mother’s Day.