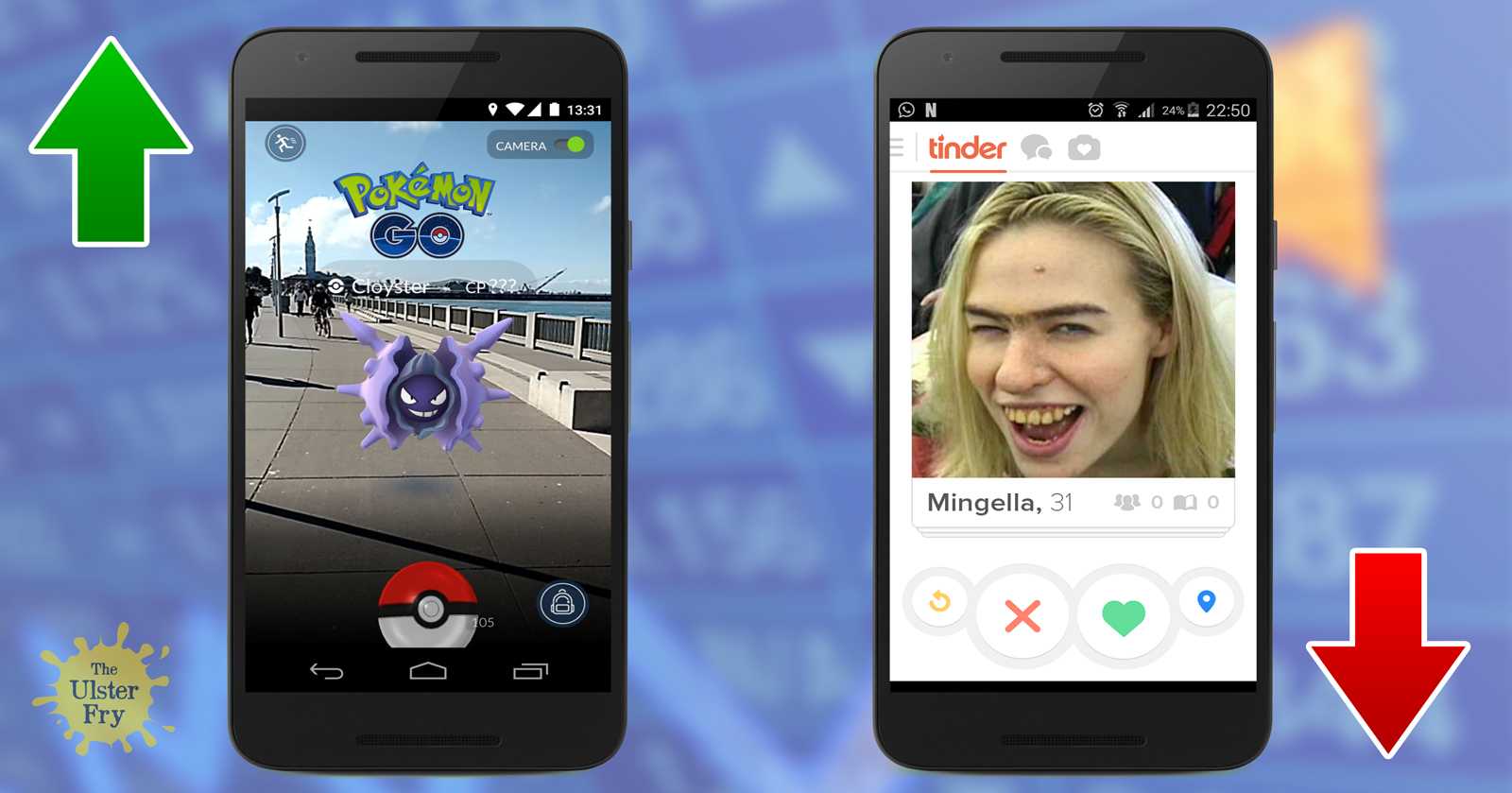 Online dating app Tinder dropped £500m on the global stock markets yesterday following news that it’s no longer the best way to find monsters near you.

Nintendo’s Pokemon Go game has been a worldwide phenomenon since it’s release, with revolutionary technology that enables people to find horrible looking creatures in their area. However the Japanese gaming giant has been served with a lawsuit from Tinder, who claim it’s a clear breach of their patents.

“I found a big orange beast with funny teeth and big bug eyes two streets over the other day” said Rod Stroker from Bangor. “But she blew me out when I sent her a picture of my wanger… so I decided to play Pokemon Go instead. I haven’t had this much fun climbing into strangers backyards since last week.”

Eva Melter from Lisburn agreed. “As a girl who loves running after bad eggs this game is right up my street. Literally. I’ve been chasing one for days despite the fact he’s clearly not interested.”

Experts though think Pokemon Go merely heightens pre-existing anxieties on Tinder, especially amongst female users. “Girls now have another good reason to worry that guys might be players.”  explained online dating analyst, Cheree Popper. “Although most of us would prefer they were banging half the town than playing that shite” she admitted.

However sad men have hit back, insisting that Pokemon Go offers one clear advantage over it’s beast locating competitor.

“But when you play Pokemon Go your profile pic automatically becomes a photo of a massive dick!”