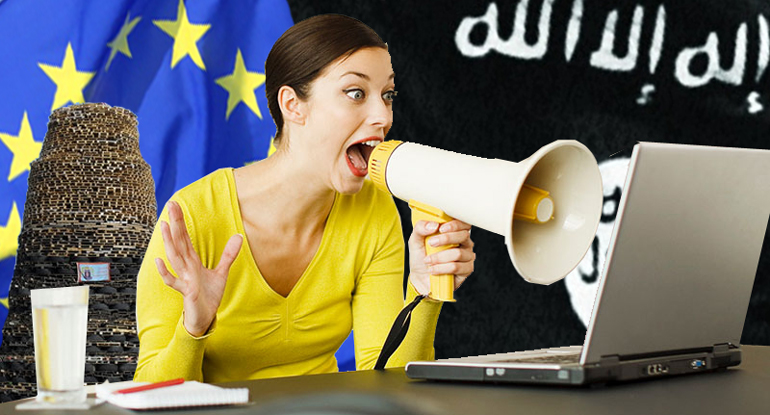 Arguing about stuff on social media is now one of the most serious threats to public health in Northern Ireland, an expert we found on the internet has warned.

A combination of the marching season, Brexit, Jeremy Corbyn and now the terror attack in France has led to a surge in angry debates, with many people spending up to 10 hours a day being irate on the internet.

“Facebook is one of the worst offenders,” says our expert, who we couldn’t think of a name for. “You just have to look at an average Belfast Telegraph or UTV News article to see an explosion of vitriol directed at anyone who dares to put across an opposing view. I would call it debate, but really it’s just an explosion of bile laden vomit, usually lacking in any coherent thought or spelling.”

Our expert points to the reaction to the bonfires erected for the Eleventh Night. “People seem to spend hours searching for images so they can be offended by them. Meanwhile others are spending equal time making the images just to cause that offence as they feed each other’s hatred. It’s a vicious circle, with pallets.”

“Then you have the Brexit ‘debate’. This has now disintegrated into a huge slagging match of personal insults, racism and snobbery, usually involving people who didn’t vote in the first place.”

However it is events like the horrific attack in Nice that bring out the worst in the social media warriors, with many eschewing traditional reactions like sadness and empathy to instead turn their hatred towards minority groups.

“All of these stories have a common thread,” our expert concluded, “We ignore reality, read half baked, unsubstantiated stories on disreputable websites, then fight about it on Twitter for days.”

“It’s no wonder we all have high blood pressure – something that should be a great way of people coming together is now just a high-tech pub brawl. To be honest the entire internet needs a good boot up the hole.”