Protestant and Catholic bakers to unite against Greggs 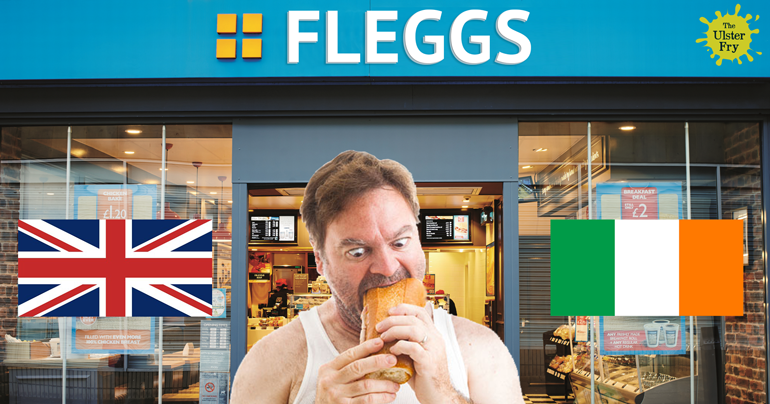 Gordon Snowball, from P.A.S.T.I.E, the Protestant Association of Stuffing Tastyness Into Everything, told the Ulster Fry that they’d ‘been in touch’ with their catholic counterparts to come up with a new plan to ‘run them Greggs hoors out of town’.

“…or understand” he added.

The new mega-bakery will sell a range of baked items including ‘gravy rings’, ‘baps’, ‘German biscuits’, ‘turnovers’, ‘iced fingers’ and ‘tattie bread’. Hot snacks will include a range of cooked delicacies such as jambons, sausage rolls, sausage roll baps, pastie baps, sausage baps, bacon baps… and pretty much anything else you can think of, in a bap.

“Our market research indicates that if local people are gonna die eating processed meat, they’d much prefer that it was good homemade stuff that killed them.” revealed Snowball.

However their plan to oust Greggs from Ulster has already run into trouble after the new business partners started arguing over some old issues. “Aye, we want to call the chain ‘Fleggs'” revealed Snowball this evening.  “But they are adamant that won’t work in catholic areas. They prefer ‘Teggs’ instead.  It’s all getting a bit childish” he admitted.

Despite some issues, their announcement of a revolutionary new food product has shaken Northern Ireland’s breakfast economy to it’s core.  “Aye we’re working on an exciting new snack concept” revealed Jampuff. “It’s a bap, inside another bap!”