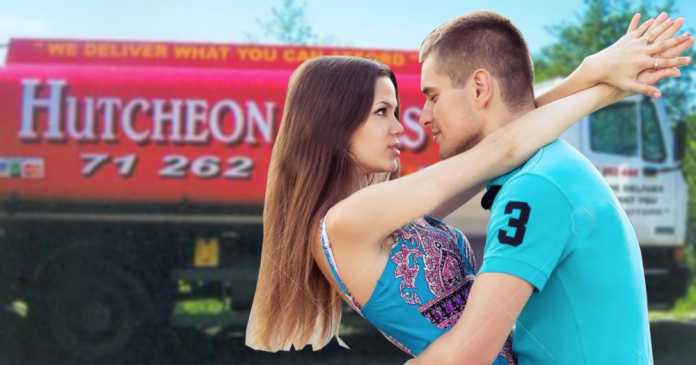 With temperatures plummeting to baltic and the price of everything on the rise, including oil, fuel, gas, food, electric, broadband, taxis, paint, washing powder, chocolate, daddo rail, cheese, ice cream and even the stuff in the middle aisle of Lidl – one romantic local man has spared no expense this Valentines Day by splashing out on a luxurious 500 litres of home heating oil.

I was originally gonna take her to the Galgorm for a few days” explained 31 year old, Derry man Phil Adrum. “She was dropping hints for weeks about getting me alone for some hot and steamy action, but then I thought to meself, haul on. If I stick the thermostat up full whack, get the radiators piping and hang a lock of wet towels on em, sure we’d be able to kill two birds with one stone!”

“And right enough she was well pleased” he told us.

The couple broadcast their ‘big romantic moment’ on Instagram Live this morning as local company Hutcheon Fuels delivered the touching romantic gesture in a special racy-red fuel truck, much to the annoyance of other men, who had stupidly spend a fortune on flowers, chocolate, teddy bears and dinner reservations.

“Wish I’d thought of that myself” admitted 37 year old, Max Olgarage. “I have a table for two booked for later, but I might nip out here and get her a drum of oil or two here, just to take the bad look off meself”

However other local men were similarly on the ball this Valentine’s whilst looking for some hot stuff this evening.

“My missus spent a fortune on sexy underwear as a wee Valentine’s treat for me!” revealed an excited Dan Summers. “So I thought the least I could do was stick £50 on the gas card, so we can stay nice and toasty into the wee small hours” he winked. “If ye know what I mean”

“Naw, it’ll not even last that long” his missus told us later.