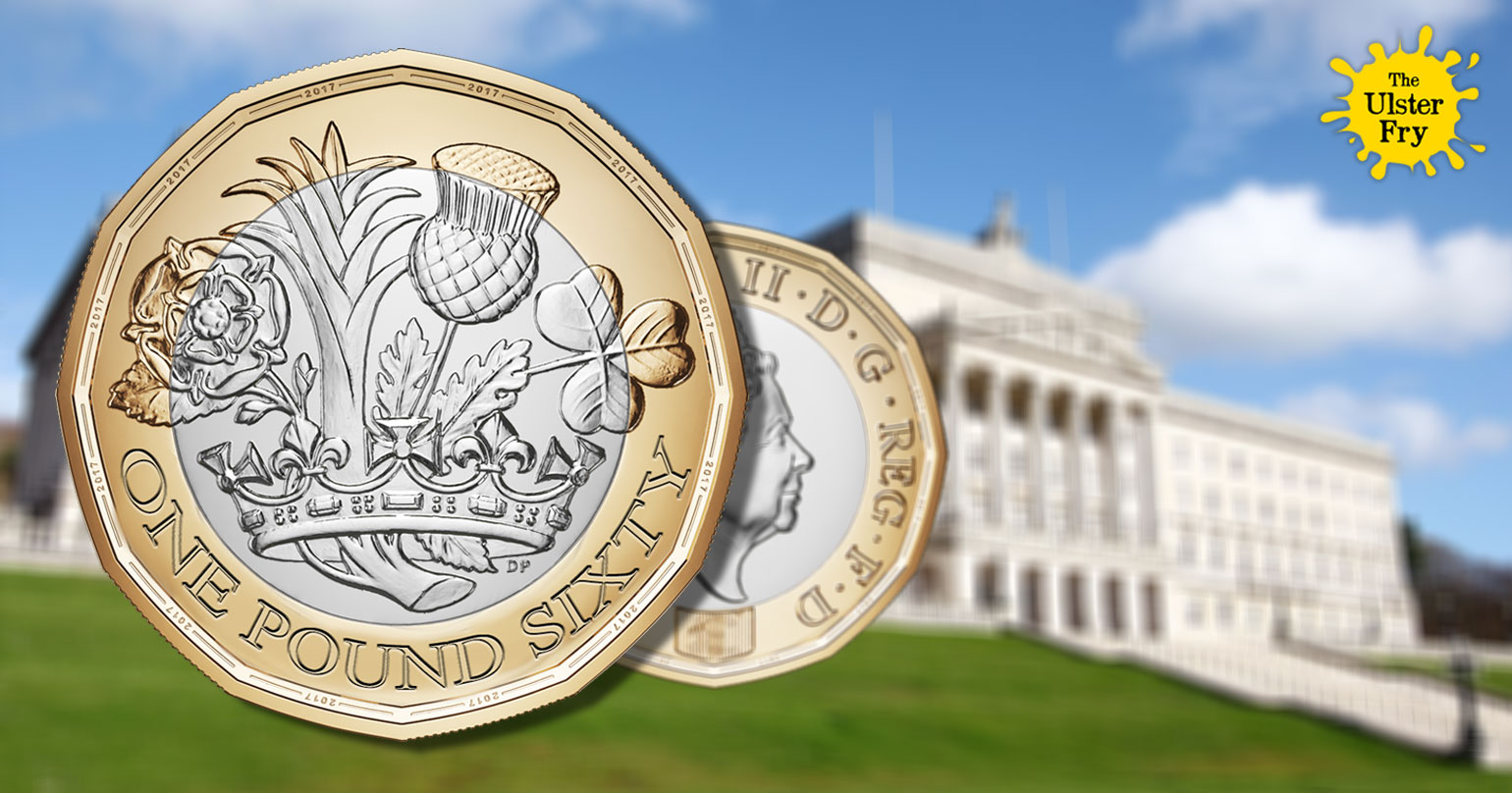 The Head Spokesminter of the Royal Mint announced today that the newly-launched £1 coin, much lauded for its improvements in security, would not be legal tender in Northern Ireland until an Executive is formed.

“The launch of the new coin was a momentous day for us,” said Bob Pounder, “but we couldn’t risk damaging its reputation in the financial markets. We had no choice but to mint a different coin to allow for the unique circumstances in NI. After many long minutes of consultation with our Special Advisers, we agreed that the £1.60 coin was the ideal solution!”

The ‘RHI Pound’  operates in much the same way as the £1 coin in Britain, however it is considered less durable due to its being constructed almost entirely from wood pellets.  “The metals in the £1 coin are too expensive, we just couldn’t take the risk of using them in Northern Ireland right now, it’s easier to just paint them gold,” Mr Pounder added.

Conleth Punt, a greengrocer from Castlerock said, “sure, if you spend yer pound canny enough in NI, these days you get a quid sixty back anyway, so I guess it makes sense.”

We sought comment from Northern Ireland’s Finance Minister for his opinion on this currency-snub, but discovered that there isn’t one.

However, most MLAs are delighted at the news. “Coupled with our pay rise this means we’ll be raking it in for doing feck all,” West Tyrone representative Jimmy Cash told us as he changed out of his pyjamas this afternoon.