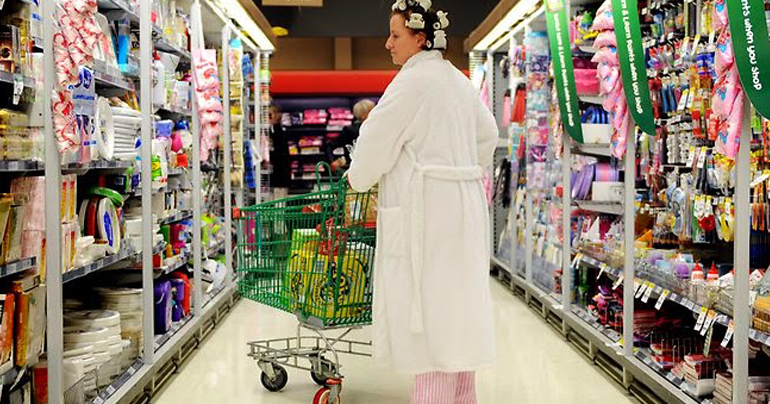 The share price of Mike Ashley’s retail empire sensationally fell by £1bn over the weekend, marking the end of an era for sportswear as the favourite clothing choice for chavs & spides everywhere.

“Sadly the only people buying sportswear these days actually want to do sports!” said group spokesman Shelley Suit. “It’s a totally unsustainable development in the sports clothing industry that is costing us billions. We need to get unfit people with no interest in fitness interested in wearing fitness wear again… and fast!”

The trading patterns of chavs have slowly shifted in the last few years, with most switching allegiances from investing in sportswear brands to buying into the emerging loungewear market.

“It’s no coincidence that Sports Direct shares are plummeting whilst Primark stock has gone through the roof!” said local economist Dee Value. “Shrewd investors are now cutting out the middle-man in their quest to be comfy around the clock. So rather than waste time changing into tracksuits, many are just conducting their day-to-day business activities in onesies and housecoats.”

“Until it’s time to get ready for bed again” she added. “Which of course, they already are! It’s genius really!”

It is estimated this brilliant cost-saving strategy has saved UK households thousands each year, however it spells bad news for Newcastle United owner, Ashley, who has made his fortune selling gutties and tracksuits to people who couldn’t really be arsed to get dress properly.

The firm are rolling out a simple new PR initiative aimed at enticing people back in-store.  “It’s time to get ‘BACK TO ASICS'” declared Ashley as today’s launch.  However a customer at their Belfast branch today discovered a fatal flaw in his plan. 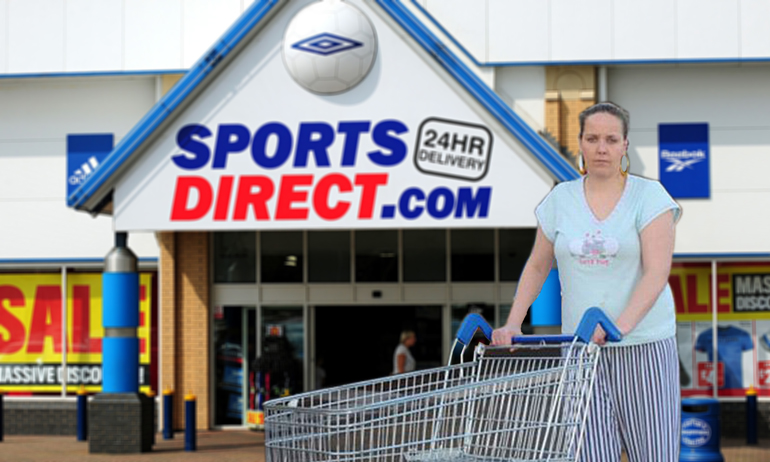