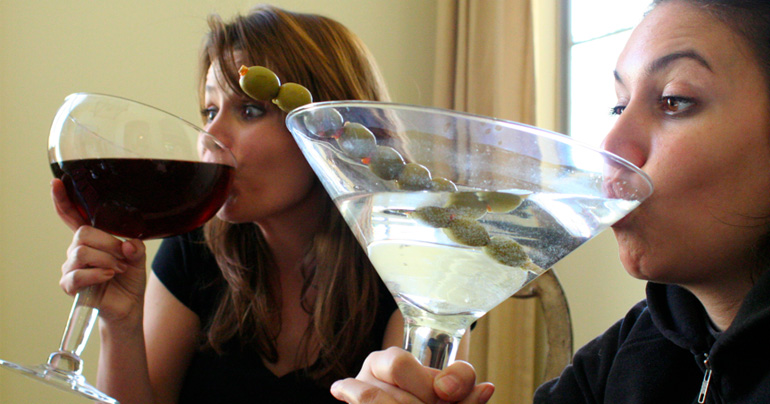 The entire population of Northern Ireland fully intends to ignore the new, more stringent, alcohol limits unveiled by the Department of Health today, a survey made up by The Ulster Fry has revealed.

According to the new guidelines both men and women should limit themselves to 14 units a week, spread over at least three sessions. For the uninitiated, 14 units is the equivalent of not very many pints of beer, a Sunday afternoon amount of wine or a thimbleful of Buckfast.

However most people we spoke to weren’t too worried about the changes. “It seems men are limited to the same as women,” commented Harry Snatter, a 34 year draught excluder from Lurgan. “That’s fine with me, as my missus drinks like a bastard, in fact I’ll probably have to start drinking through the week to keep up with her.”

Retired hair dryer Fiona Tore was quite excited by the guidelines. “So I can still have 14 glasses of wine three times a week?” she asked. “It might be a struggle at Christmas, but on a normal week I should be able to fit that in, so long as I can still have half a bottle Gin on a Tuesday.”

63 year old Albert Bladder, who held the coveted Miss Portavogie title between 1978 and 1981, told us that the timing of the announcement couldn’t be better. “I’ve been off drink since the New Year, doing that dry Fanuary or whatever it’s called, but then this news is released just in time for a Friday night in the Pigeon Club.”

“I’ll be careful though, and spread my units over three sessions, the first between 6 and 8, then 8 – 10, then the rest up til midnight.”

“Yeooooooo!!!!! Get that round yer bangle….” he concluded.