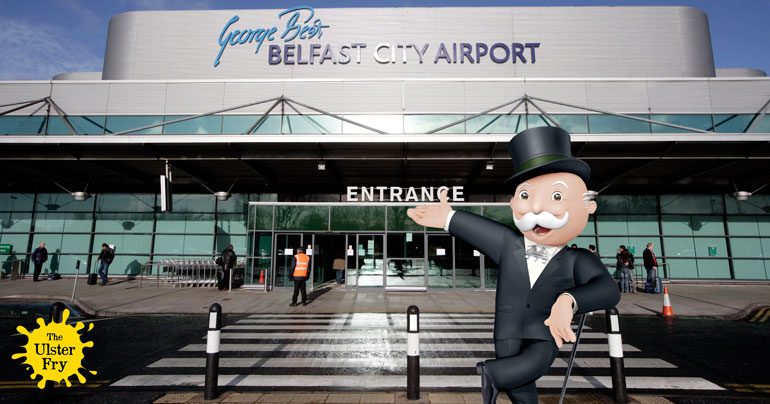 There was much hissing and jeering from travelling fans yesterday, after news that Belfast City Council had invented some lame excuse to monopolise car parking at George Best City Airport and put a cheaper parking alternative out of business.

“We’re delighted to find a paragraph in the Policy Planning Statement that is generic enough to enforce this ridiculous action and shut them Boal boys down!” said Dick Zucker from Belfast City Council. “It has some fancy language about ‘meeting a need identified in a transport plan’ that we’ve been citing all day with a straight face” he added with a straight face.

The move will give Belfast City Airport a monopoly on car parking at their facility, on the grounds that they already have ‘loads of space’ at the airport, regardless of cost. “Sure we’ve loads of room here and that’s all that matters!” said airport spokesman Chode Stroker.  “Our prices may be ridiculous but we feel that consumer choice and healthy competitive enterprise just add unnecessary stress to your journey. We take all that worry away by not giving you any say in the matter!”

We asked our solicitor to look at the Planning Statement to find some minor, teensy-tiny point of hypocrisy in using the clause ‘not meeting a need in a transport plan’ to defend the business interests of one of Belfast’s two rival airports, situated less than 20 mile apart, and vying for customers from the same catchment area and small population of people, but he claimed nothing obvious stood out to him… then he sent us a bill.

“Sorry boys, I’m flying to Luton next month, I need the dough for parking!”