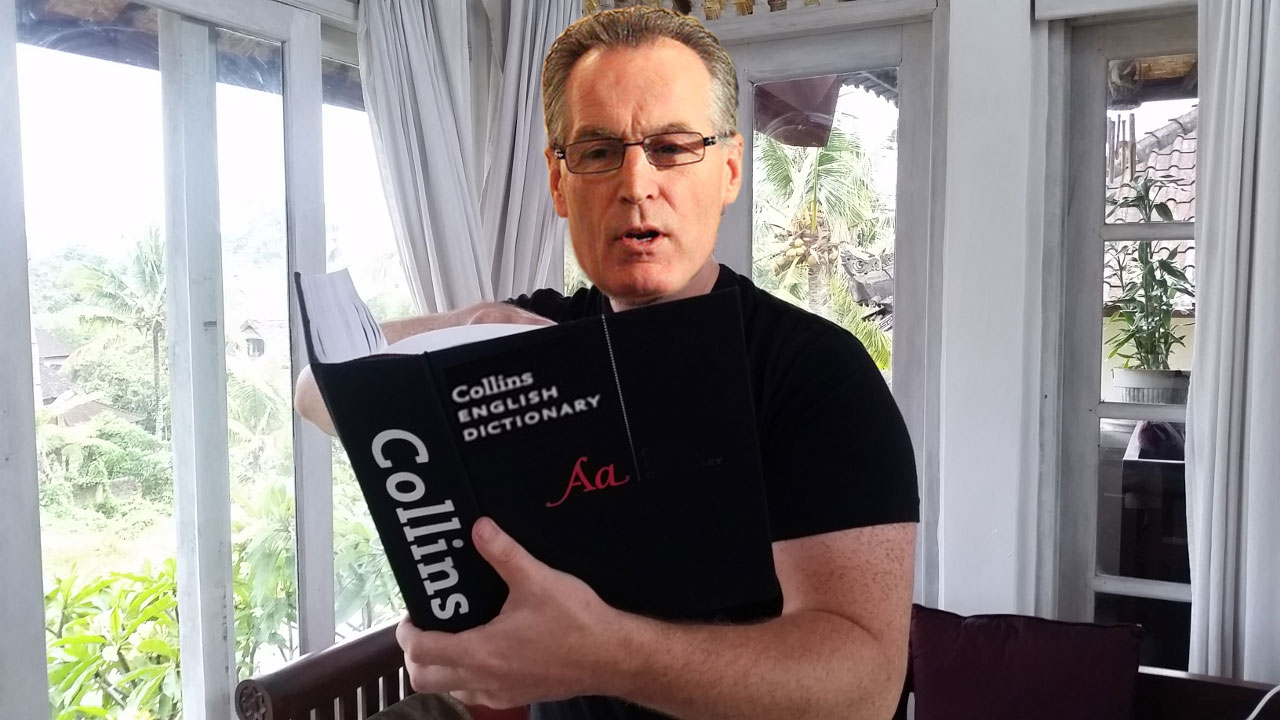 The Collins English Dictionary today announced their Word of the Year, declaring ‘binge-watch’ as their new favourite word.  Among the runners up were things like ‘dadbod’, ‘ghosting’ and ‘clean-eating’.  Unfortunately ‘ye wha?’ was nowhere to be found.

Aye so, ok, we don’t really know what the feck any of those mean! So we thought we’d create some new words that folk from Norn Iron can use instead.

So pay attention Mr Collins, we’d like these yokes in your big book for next year…

DUPlicate – to resign from the same job repeatedly.

MLAaise – doing a job that you can’t be arsed with whilst making others feel discomfort or unease.

Frankincense – an ancient perfume mentioned in the Bible which smells vaguely similar to a UTV weatherman.

Gerryatric – unable to remember organisations that you were once, or still are, a member of.

Strabanagram – A word with all the letters in the correct order, but pronounced by someone from Tyrone, thus rendering it impossible to understand.

Martistic – The creative ability to draw a huge salary whilst doing minimal stuff.

Beandalism – the crime of vandalising a fry by adding beans

Metro-sexual – When someone ye’d buck gets on the bus to work.

Frownicate – what Free Presbyerians do when they think about sex

Politicyawn – Public servant who says the same boring oul shite over and over again.

InStormountable – an obstacle to progress that cannot be bypassed.

Hillsburger – a particularly expensive burger usually made of venison and served with goat’s cheese in a brioche roll.

Sinn-ister – elements that are at work, usually seen interfering with the Peace Process (see below)

Peace Process – a never ending state of political development in Northern Ireland, usually under threat of some kind.

Dicktionary – an alphabetical listing of Politicians.

ThesaurArse – where politicians pick their words from