All food brands to have a ‘salted caramel’ flavour by 2018 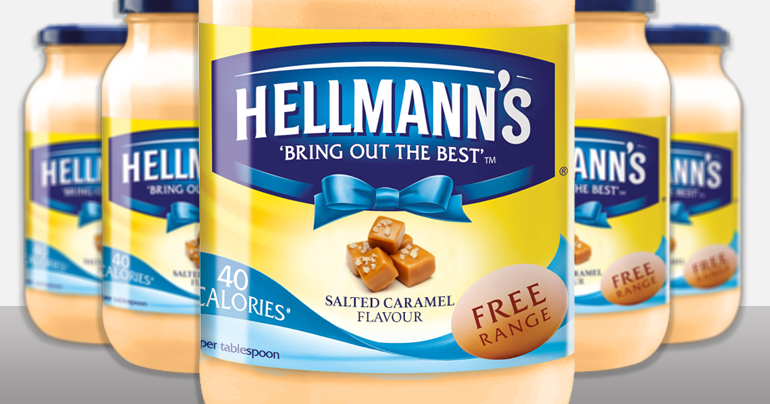 There was widespread excitement amongst people who eat stuff today, as news emerged that global food manufacturers are busy working on new ‘salted caramel’ and ‘peanut butter’ versions of all their products.

“Making stuff salty and sweet is the hottest new trend in food!” explained leading food critic, Ella Salmon. “My kids won’t touch anything now unless it comes in these exciting new flavours… so I for one welcome the arrival of Salted Caramel Golden Cow and Peanut Butter Cup Spaghetti Hoops. They might actually finish their dinner now!”

The move comes after a sustained period of interest in the sweet and salty fusion, which has recently found it’s way into ice cream, confectionary, biscuits, chocolate bars and baked goods. However it’s now set to dominate the savoury aisles too.

The craze is the biggest to hit the grocery sector since the great “Thai Sweet Chilli” epidemic of 2010, which spiralled wildly out of control and lead to hundreds of sickeningly sweet & spicy versions of everything imaginable – including washing-up liquid, fabric softener, shoe polish, mouthwash and drain cleaner.

“Aye these trends can come and go very quickly” warned Salmon. “So I’d take rumours that Tayto are phasing out Cheese & Onion to focus on these two new daring flavours with a pinch of salt”

Everyone has since unanimously agreed that this sounds like a great idea…  provided they throw in a lock of caramel.