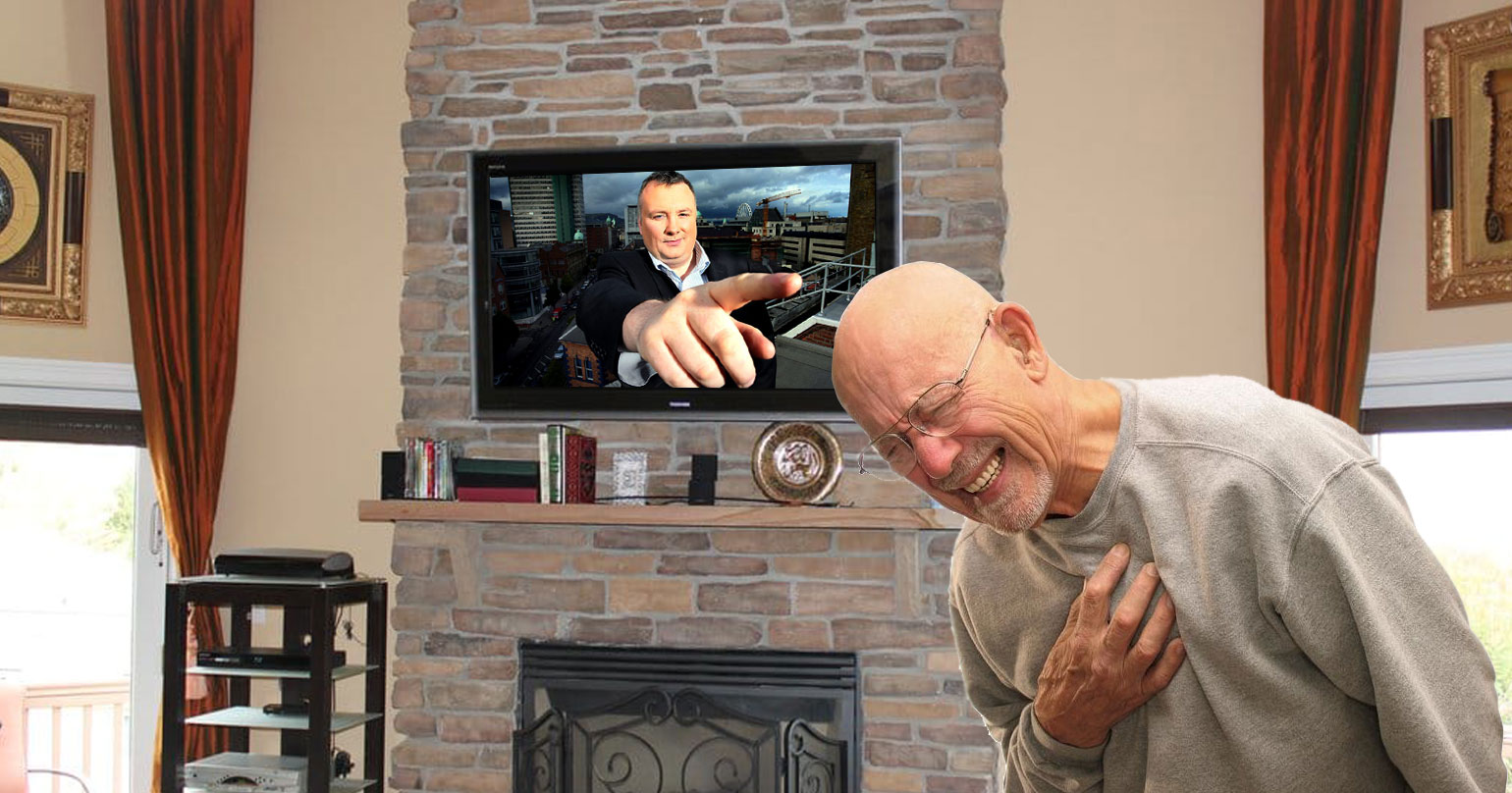 Taking even a passing interest in the political debates in Northern Ireland can have a dramatic effect on your health, according to a new study produced by clinicians at the Belfast Hospital for Sensible People.

According to the research, people who read local newspapers or watch television programmes such as Stephen Nolan’s latest shitstorm ‘The Top Table’ are 85% more likely to suffer from massive heart attacks than people who can’t be arsed.

“And that’s not all,” says the report’s Ukrainian author Dr Pileov Shight. “We have several cases of human spontaneous combustion which we can directly relate to the appearance of Jeffrey Donaldson’s smug face on a TV screen, and at least four people have exploded after accidentally being exposed to Máirtín Ó Muilleoir’s contrived reasonableness.”

The detrimental effects of political involvement here have been well known for some time, with addicts displaying diminished IQ, raised levels of arrogance and a complete lack of empathy, but this new study has highlighted its effects on the wider population.

“It’s a bit like smoking,” says Dr Shight, “There was a time when we thought you had to be directly taking part in political activity to suffer the consequences, but now we know that even a passive interest is harmful.”

Many of the health consequences are caused by the pointless, repetitive nature of discourse here, the seemingly endless list of grudges and demands which dominate the news headlines.

“Eventually the body gives up,” explains Dr Shight, “But still, it is good to know that after the debates are finished, and the politicians all get their various ways, when we get ill we will be able to parade unhindered along the Queen’s highway to the local hospital, and read a sign in Irish telling us that it has closed.”