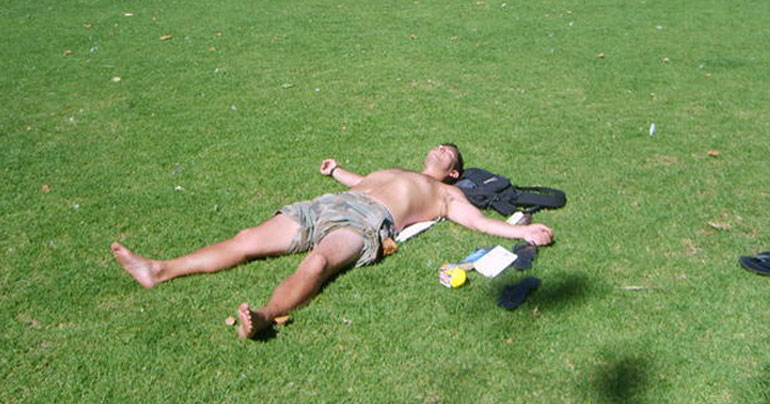 People across NI were “absolutely horrified” today to discover that they do not live in Florida, according to a new report. The revelation came to light earlier after tiny water particles gathered high in the atmosphere above the Province, eventually falling in small droplets known as ‘rain’.

The disaster struck after almost two weeks of almost uninterrupted sunshine, a phenomenon which psychologists say has left many residents under the false illusion that they live ‘somewhere dead tropical and snazzy’.

“Absolutely gutted” admitted tanned and semi-naked Lurgan man, Decky Chair. “I clean forgot that I wasn’t living in Miami. I’m headed to my mammy’s now instead, cos it’s pishing down and I left my umbrella up there!”

This stark return to reality is hitting others hard too. “I haven’t eaten food that’s not been badly barbecued in ages!” admitted Bangor homeowner, Dee Coli. “In fact I haven’t actually had a meal indoors in about 10 days.” he claimed, pointing to a worn piece of grass on his lawn in the shape of a drunk person. “The wife is the same, she’s inside now Googling instructions on how to use the oven.”

Depressed residents returned to living in Northern Ireland this morning, reportedly in normal length trousers, socks and shoes which you can’t see your toes in.

A manhunt is currently underway for UTV weatherman Frank Mitchell, who was this morning seen fleeing Larne harbour as he attempted to smuggle the summer out of the country. Police have advised caution and a good boot up the hole if spotted.