All workers to be allowed to resign their jobs once a week, reveal DUP 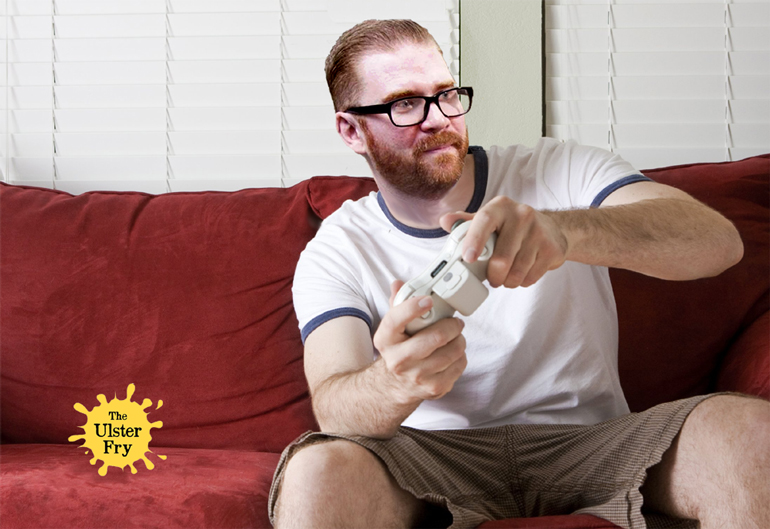 The Democratic Unionist Party has unveiled far-reaching new employment laws which will allow ordinary workers to mirror their “ministerial masters” by quitting work once a week whilst still picking up full pay.

“It’s f**king class,” he explained. “I turn up for work once a week, sign a few bits of paper then f**k off home and play X-Box. I’ve loads of money for games and stuff so I’m able to buy a new one once a week – it’s about time I got my work/life balance right and could lie around the house on my hole more. Anyway, the Health Service practically runs itself – people love our hospitals, the waiting lists have never been longer so they’re literally dying to get into them.”

Hamilton isn’t the only minister to reap the benefits of the new scheme. It is believed that DSD’s Mervyn Storey has spent the last few weeks adding to his impressive My Little Pony collction, whilst his colleague at DETI, Jonathan Bell, has been able to spend longer than usual on the sun-beds. “I’ve never been browner,” he told us,”if there was an election tomorrow you’d think David Dickinson was standing.”

Ordinary workers have almost universally welcomed the new “one day/full pay” week, but there are some concerns. “What happens if I’m hungover on my ‘come into work day’?” asked 23 year old shop assistant Ann Winters. “Will I still be able to phone in sick so I can resign?”

Business leaders are understandably worried, as they’d find themselves in a position of paying for folk who aren’t actually in work, but is believed that the new legislation is likely to fall at the first hurdle. “It’ll never get past the Assembly,” said our Stormont insider, “they’ll hardly want to increase their hours to one day a week.”

“And anyway, Sinn Fein are bound to raise a Petition of Concern,” she explained, “sure their MPs have been getting away with a zero day week for years.”