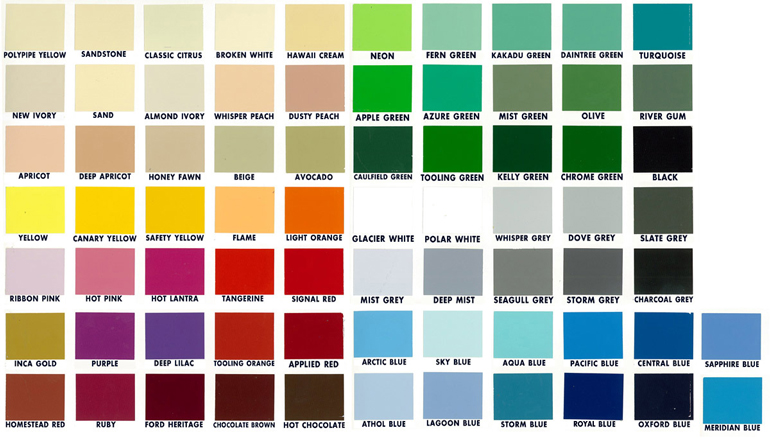 A report published today by the Craigavon College of Inferior Design has shattered the long-held belief that women instinctively know shitloads of colour names that men have never even heard of.

Laughing about it today local housewife Jane Dulux told her husband “Ah I was only messing with you honey. I just thought ‘duck egg’ sounded cooler than light green. And who wants to paint their hallway cream when it can be ‘bone china’ or ‘alabaster’? I dont’t even know f**k that means, but it sounds wonderful!”

“Are you annoyed with me now? Your wee face is turning like a morrocan terracota sorta colour”.

Women have long given the impression that they are born with a vast genetically enhanced vocabulary of pigmentation descriptions, however Professor Ron Seal today shed some light on this age-old theory. “Nah, they’re just talking out their hole,” he explained. “Like seriously. Teal? Magenta? Turquoise? Lavander? Periwinkle? Load of shite! As any man will tell you, all colours in the spectrum can be easily described by mixing them together verbally.”

“Bluey-greeny, browny-yellowish or pinky-purpley. It’s not rocket science like. No-one knows what f**king colour chartreuse is. But yellowy-greenish, now your chattin!”

“He was hitting the woodwork this morning with a tin of  Wayne Marooney when I left.”