Ards MOT testers to be villains of next Marvel movie 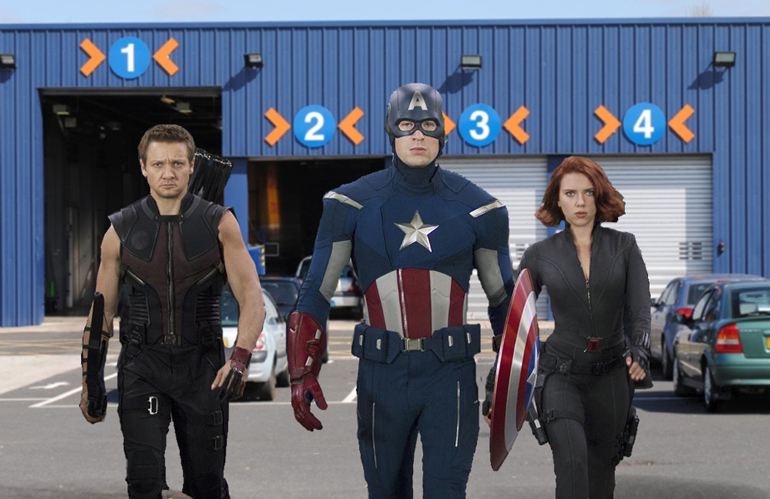 The next movie in the Avengers franchise will see the team of intrepid superheroes battle against the evil machinations of the test crew at Newtownards MOT centre, director Anthony Russo has revealed.

Speaking at the press launch for the latest film, Captain America: Civil War, Mr Russo told reporters that he had struggled to come up with villains evil enough to fill the role, “Then I tried to get my Renault Clio past those bastards, and I knew what I had to do.”

Work has already begun on the movie, and Mr Russo claims it will include “some of the most hair raising action sequences ever to hit the cinema screen.”

The movie begins with Iron Man undergoing a rigorous MOT at the hands of evil vehicle examiner Professor Spanner. “Iron man has a emissions tester thrust up his exhaust pipe, then he’s flung onto that big shaky about yoke they have and viciously vibrated until his nuts crack.”

“All the while the Mighty Thor looks on powerlessly, twiddling his hammer as Professor Spanner’s henchman bashes the wheels of his 1989 Hyundai Pony with a rubber mallet.”

Meanwhile The Hulk’s alter-ego Dr Bruce Banner waits in the queue outside in his mint green Vauxhall Zafira, quietly fuming as the examiners beckon vehicle after vehicle towards the test centre’s cavernous doors, even though his appointment was at least 20 minutes ago.

“Banner manages to keep his cool until his car finishes the test,” says Russo, “then the examiner fails him because the wee futtery bulb above the number plate has blown, and all hell breaks loose.”

It is believed that other superhero franchises are also planning to pit their characters against everyday irritations. Batman versus Cyclists and X-Men: Unexpected Item in the Bagging Area are both planned for 2018.