Sundays before Bank Holidays to be renamed ‘Pub Days’ 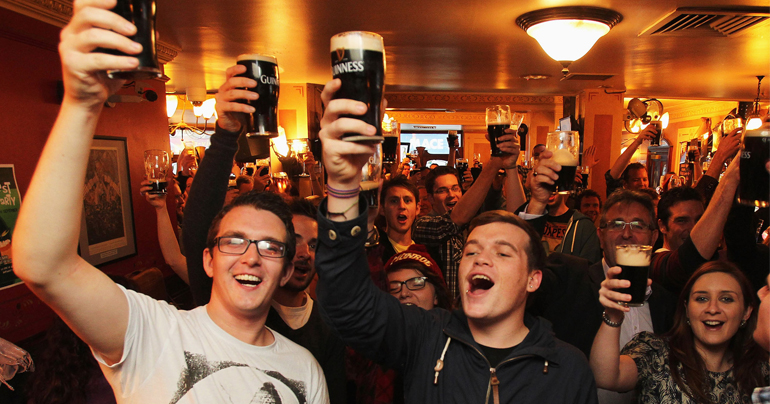 In a last minute effort to entice working class voters ahead of various elections on May 5th, the Tories have announced that all Sundays prior to bank holidays, such as today, are being officially designated for going on the piss.

“Banks might be responsible for us getting the occasional Monday off” said David Cameron “but on it’s the day before them, spent getting shitfaced in the pub, that make us thankful for having them”

“So we’re giving them an official title too” he concluded, before going to get another round in.

Going on the lash before a Bank Holiday is a tradition that has been passed down for generations, however Jack Daniels from the Department of Work and Pensions claims they don’t make any sense.

“Think about it. You get a day off work, you get fully paid for it… and to celebrate you blow twice that amount on booze the day before – and then spend the day itself lying in your bed claiming you are about to die!”

“People are daft cunts” he added.

Despite this the move has been welcomed by workers everywhere, most of whom are already in the pub. However the announcement is not proving popular amongst bar staff.

“Typical fucking elitist hypocrisy” moaned local barman, Morgan Spice. “Bankers get a day off but we have to work and watch other feckers get snottered. Away and shite!”

Senior conservatives have gathered at 10 Downing today to discuss the plans, enticed by the prospect of a free bar and Sky Sports Super Sunday.  “We’re not really doing much governmenty stuff” admitted a half-pished George Osborne.

“But we have assembled a good drinks cabinet”