Ards Peninsula to be auctioned off by Stormont Executive 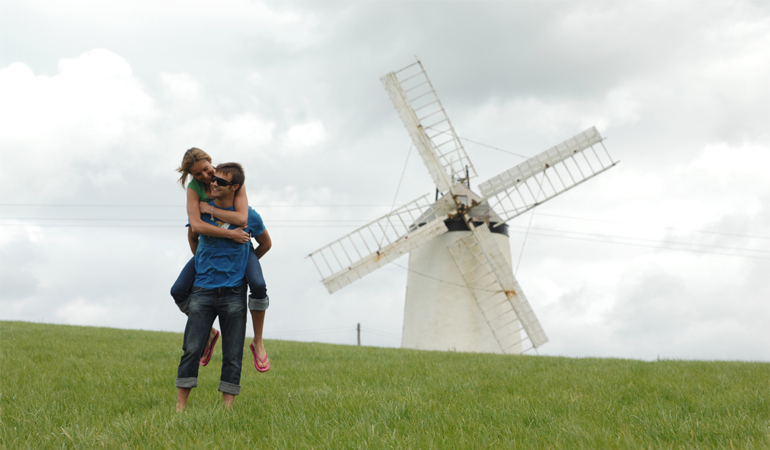 There will be dismay in Ballywalter this evening after news broke that Finance Minister Arlene Foster is considering auctioning off the Ards Peninsula in a bid to balance the Stormont books. According to our highly placed source, the move comes in the light of the on-going welfare crisis, which has forced the Executive to look at new ways of raising funds, rather than just spending them.

“With the latest round of talks breaking down, it may be time to sell off one of the ‘crown jewels’ of Northern Ireland,” said our source. “We’ve considered flogging the Giant’s Causeway to the Americans, and some of the desert regions of the world might be interested in Lough Neagh, but let’s be honest, no one is really sure what the Ards Peninsula is for.”

“It just dangles there, and most of the people who live on it are a bit mental. However Arlene still reckons we ought to be able to get a few quid for it.”

At this stage no definite bids have been lodged, but it is understood that the front runners are the North Koreans and the Saudis. “It seems Kim Jong-un has had his eyes on the Ards for some time,” we were told. “To be fair, it actually looks a bit like Korea, and it is believed that Kim is particularly keen on getting a caravan in Portavogie.”

While the threat of falling under Communist rule may startle some residents, the possibility of the Saudis winning the auction has caused even more concern. “Will themuns try and introduce Sharia law?” asked Ballyhalbert native Eileen Dover. “There’s no way they’re getting me to wear one of them burpas, and sure everyone likes a wee drink or six on a Friday night?”

Her husband Ben was in full agreement. “They’ll be after our oil and I have half a gallon of Castrol in the shed. Either that or they want Ballycopeland Windmill, or the toilets in Ballywalter.”

We asked Arlene Foster for comment but her highly paid Special Advisor told us she was otherwise engaged. “She’s in negotiations with the Royal Family of Monaco,” he explained, “it seems they’re after a holiday home, and have their eyes on Connswater Shopping Centre.”