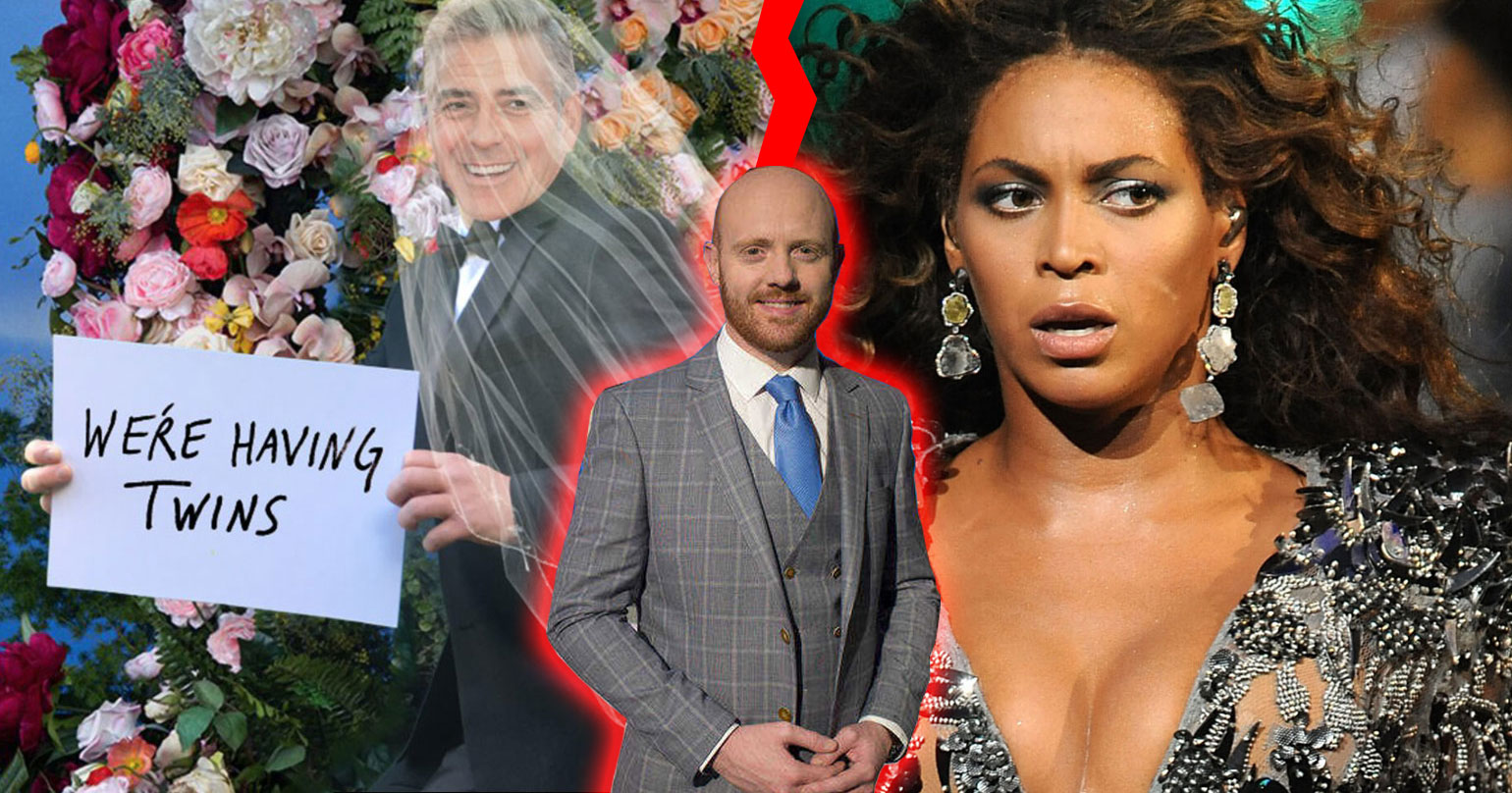 Pop-star Beyonce, who recently got news at the Ulster Hospital that she had two buns in the oven, is reportedly ‘pure snapping’ at George Clooney and his wife Amal for ‘blatantly copying’ them, according to Jay Zed’s best mucker, BBCNI weatherman, Barra Best.

Clooney, who lives with his glamorous wife in a semi-detached in Doagh, is said to have taken his missus to Whiteabbey Hospital for a ‘wee checkup’ yesterday, after growing increasingly concerned that she’d spent several mornings in a row boking into a bin.

It was there they discovered they too were having twins.

“Bey is currently feeling a high pressure front building up in her temporal lobes” Barra explained. “As that rage lingers we’ll see a long period of tears, followed by occasional snotters and scattered outbursts of gurning.”

“After that we’ll see a huge cold front develop!”

Tensions are indeed at all time high between the rival power couples, eclipsing the war of words that broke out last month when Jay Zed’s gig upstairs in the Errigle got reviewed in the Belfast Telegraph, whilst George’s latest movie premiere only got picked up by the Andytown News.

“There will be some fierce dirty looks fired out this weekend down in Castlecourt!” revealed Clooney’s good pal, Malachi Cush. “I hear they are both after the same McLaren Double Dreamcatcher buggy in Argos…. and apparently there’s only wan left!”

“God forbid they end up trying on maternity wear in H&M at the same time. There’ll be blue murder!”

Following the news of twins, it’s rumoured that Jay Zed has upgraded the lyrics of his most famous track to now include 999 problems.

However Beyonce’s publicist has dismissed this report, insisting that her husband “doesn’t do a f**king tap anyway!”