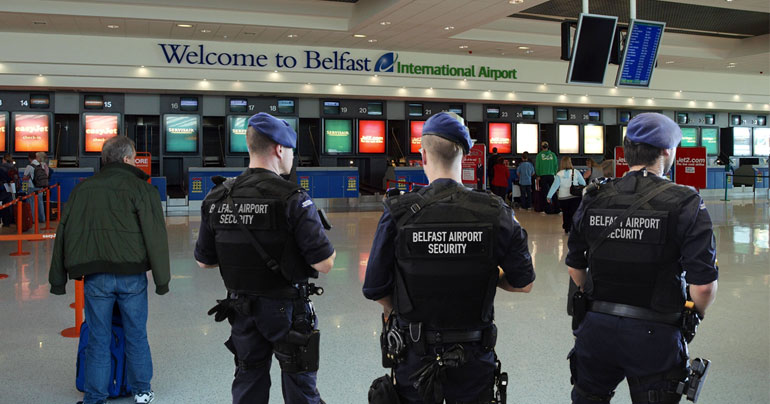 “The first country we’ll ban will be the Republic of Ireland of course!” revealed Arlene Foster earlier. “We’re not sure how hard the border can become after Brexit, but our engineers are looking at several options, including reinforced concrete, steel, titanium and dried in Weetabix”

“Next up, anyone from the Ivory Coast won’t be allowed in.” she continued. “We simply can’t take the risk they’d bring a flag with them. One wrong turn and we’d have another tricolour flying on our streets! It’s too big a security risk!”

Other countries on on the proposal include the Dominican Republic and the People’s Republic of Congo. “Mostly cos they have ‘Republic’ in their name ” explained Foster. “But also cos I knew a fella once called Dominic once – and he was a dick!”

Unlike the U.S. ban, the NI version is not just aimed at nations with primarily muslim populations, however there are two notable exceptions.

“It goes without saying that our borders would be closed to anyone from Iraq or Iran” added Foster finally.

“You can’t seriously expect the name of your country to be ‘IRA’ with another wee letter just slapped on the end!” she said. It’s an absolute disgrace in this day and age!”

Reports suggesting the Iranian president will change his country’s name to ‘Udan’ so he can continue holidaying in Portrush remain unconfirmed.