Bono nominated for Best in Show at Crufts 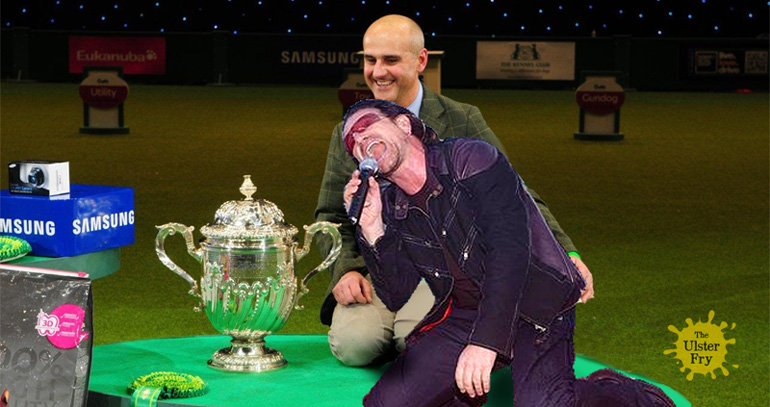 Following his nomination for Glamour magazine’s Woman of the Year prize, it has emerged that a special UN Resolution means that U2 frontman Bono is to be included in all future awards lists, even if he doesn’t even remotely match the qualifications.

“Bono was fuming that Dylan got the Nobel Prize,” we were told by a close friend of the annoyingly smug singer. “So he pulled a few strings at the UN and got this rule sneaked through as part of a resolution to do nothing in Syria.”

“Now he’s in for f**ing everything – Woman of the Year, Horse of the Year, the lot. He’s even on the short list to be Head Girl of St Louise’s Comp.”

The Ulster Fry has gained access to the UN’s database and can reveal that the short-arsed Dubliner is in line for the following prizes.

We contacted Glamour magazine to see if they would confirm that their nomination of the irritating gnome was due to the UN resolution, but were told they were too busy dealing with the huge amount of publicity that the news had generated.